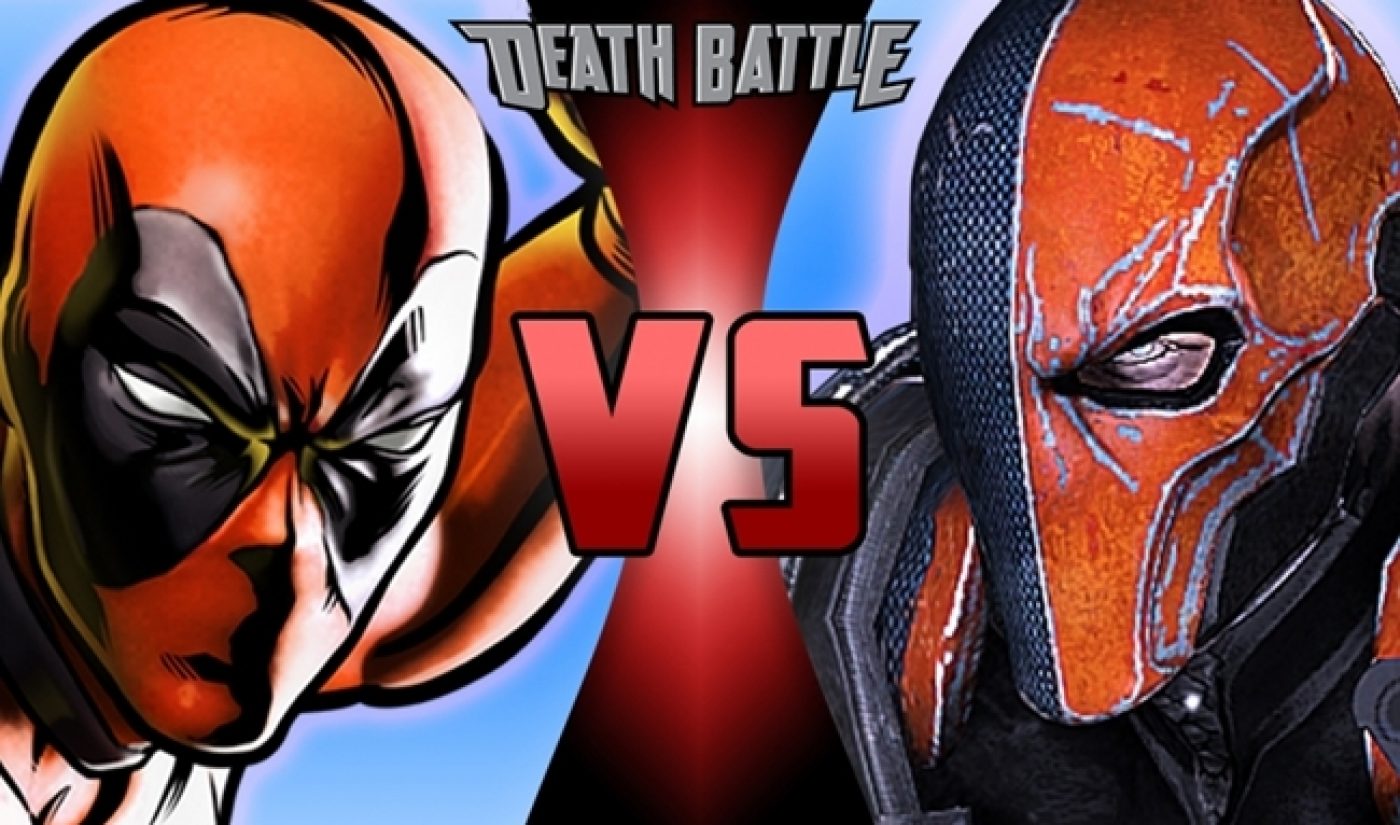 2015 will be the ninth year of ScrewAttack‘s existence, making it an elder statesman as far as online video channels go. Despite its age, the gaming hub continues to grow, and it will look to continue that growth after the new year with the launch of five new series.

ScrewAttack’s most popular program is Death Battle, and two of the new offerings will serve as companions to the pop culture showdown series. Death Battle Breakdown will aim to settle comment section arguments by explaining the rationale behind each episode’s winner, while The Desk of Death Battle will share interesting facts dug up by the ScrewAttack team while researching characters for Death Battle episodes.

Of course, the main Death Battle series will continue into 2015 as well. The latest episode, released on the same day as ScrewAttack’s upcoming programming schedule, returns to the bottomless Marvel vs. DC well by pitting masked men Deadpool and Deathstroke against one another.

Other new series include the self-explanatory Great Moments in Gaming History and Who is…, which will discuss the origin stories of film and comic characters. ScrewAttack is also getting in on the podcasting trend with Available Now, which will detail upcoming game releases.

In addition to its new programs, ScrewAttack (which currently resides within the Fullscreen network) will also bring back old favorites like ScrewAttack Top 10, The Best EVER!, and Reasons We Love and Hate.“Our 2015 lineup is going to deliver a fresh, new take on the content we already know our fans love, and bring back favorites we know they can’t live without,” said Craig Skistimas, co-founder and General Manager of ScrewAttack, in a release. “As our amazing community continues to grow, we’re going to keep pushing the boundaries by giving more perspectives on video games and the games industry.”

All of the new programs will debut on the ScrewAttack website and YouTube channel in January: Death Battle Breakdown on the 2nd, The Desk of Death Battle on the 4th, Available Now on the 6th, Great Moments in Gaming History on the 7th, and Who is… on the 14th.