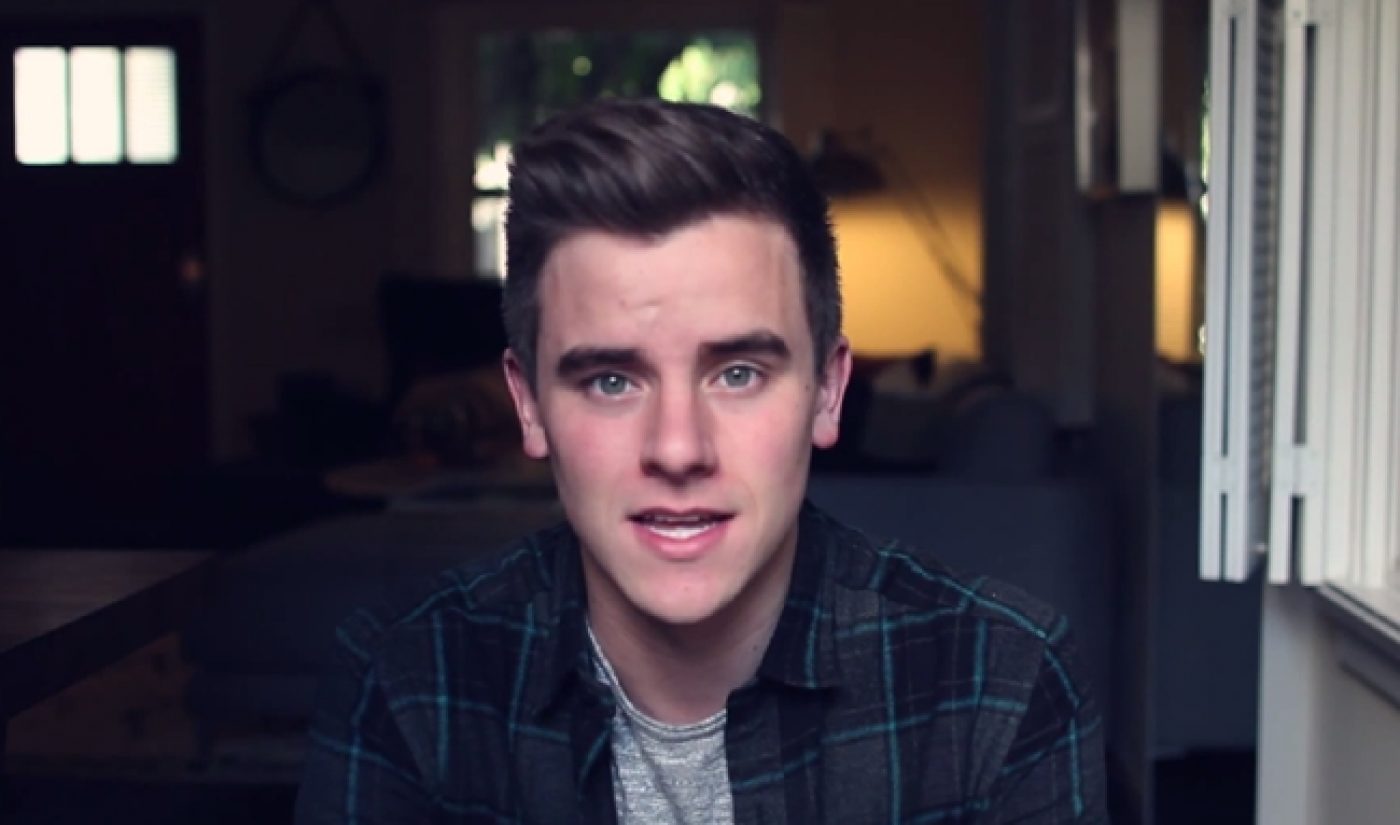 Connor Franta‘s latest video is a significant one. The vlogger, whose cheerful personality and winning smile have helped him amass 3.6 million subscribers and more than 156 million views, has announced he is gay.

In his “Coming Out” video, the 22-year-old vlogger discussed his rural upbringing, the anxiety caused by his homosexual identity, the process of coming out to his friends and family, and, finally, his current feelings. “This is just one little part of who I am,” he said, “and I’m not going to let my sexuality define or confine me. It’s part of me, it’s not all of me.”

Franta’s sexuality is possibly related to his decision to leave YouTube supergroup Our2ndLife, which he departed in July. At the time, he alluded to “personal things I’m dealing with behind the camera” while also admitting he’s been “a very unhappy person for the past six months now.”

When Franta left Our2ndLife, he received an outpouring of support from his fans and the YouTube community at large. Since the release of his “Coming Out” video, he has received a similar level of support, with many fellow YouTubers–including Shane Dawson, Troye Sivan, and Our2ndLife member Ricky Dillon–sending out encouraging tweets. Franta also got a shout-out from actress Shailene Woodley, who called him “my favorite YouTuber.”

Ultimately, as Franta said, his sexuality shouldn’t define him. At the same time, it is good to know that he is now more comfortable with who he is and a part of a community that has always prided itself on its support of the LGBT community.