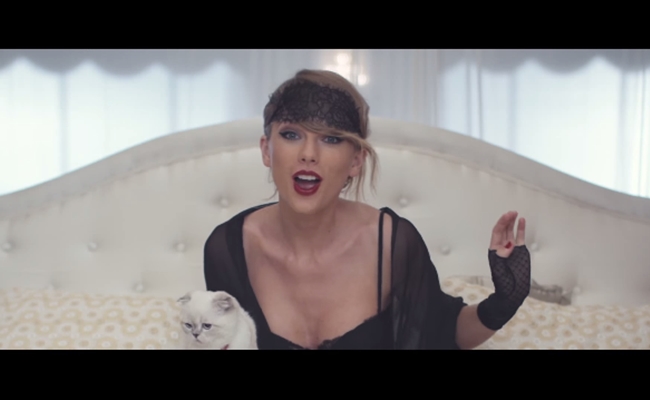 Earlier in November, Taylor Swift and her label decided to remove all of the pop star’s songs from Spotify. The decision has proven fairly controversial, but while Spotify may not be happy with Swift’s decision, YouTube has a reason to smile. According to a recent report in Mashable, Swift’s YouTube views nearly doubled in the week after she pulled her songs from Spotify.

Mashable cites statistics from Nielsen Music Connect that show an 11.5 million view jump for Swift’s videos between November 3rd and November 9th. On the 3rd, her videos received 12.5 million views; six days later, that number was up to 24 million. Her numbers increased again the week after that, though Mashable disregards the second jump as a result of a new music video Swift released on November 10th, not an aftereffect of her decision to leave Spotify.

The best news for YouTube is that Swift doesn’t seem to be headed back to Spotify any time soon. This past Sunday, she accepted the first-ever Dick Clark Award at the American Music Awards, and she used her stage time to reiterate her feelings about the monetary worth of her oeuvre. “What you did by going out and investing in music and albums is you are saying that you believe in the same thing that I believe in: that music is valuable and music should be consumed in albums and albums should be consumed as art and appreciated,” she said.

The spike in Swift’s YouTube views reiterates the Google-owned platform’s place in the music streaming industry. For many listeners, Spotify is still a top choice, but there’s a place in the music world for YouTube, especially with regard to artists who forgo the former platform. With the recent launch of YouTube Music Key, that statement should be music to Google’s ears.