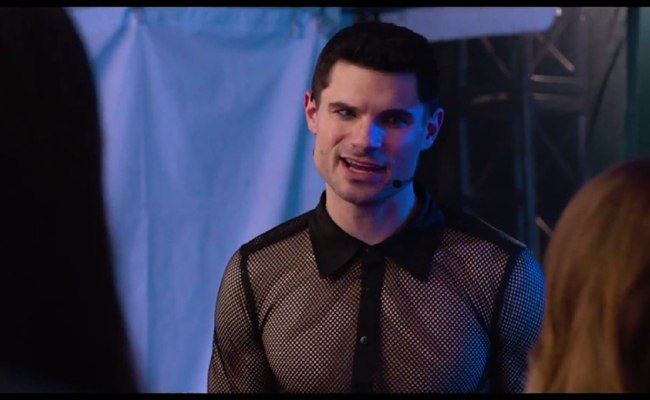 Check Out DJ Flula In The Trailer For ‘Pitch Perfect 2’

The trailer for Pitch Perfect 2 has arrived, and while most viewers had their eyes on Anna Kendrick, Rebel Wilson, the rest of the Barden Bellas, we were paying closer attention to one of the supporting characters. The trailer offers viewers a glimpse of DJ Flula Borg, who will make his film debut in the big-budget sequel.

When Flula’s role in Pitch Perfect 2 was first announced, the speculation was that he would play a member of an antagonistic a cappella group that would serve as a foil to the Barden Bellas. Judging from the trailer, that speculation seems to be spot-on. Flula shows up as some sort of teammate/hype man/manager for a European singer who will take on the film’s heroines in an international competition.

Here’s the trailer, which was released on November 20th on The Ellen Show‘s official YouTube channel:

While Flula shows up, the trailer shows no sign of Pentatonix. The a cappella group, which has more than 6.7 million YouTube subscribers, has also been cast in the film, though their role is apparently limited to a single scene.

Flula and Pentatonix aren’t the only YouTubers with roles in a big-budget Hollywood film. Jimmy Tatro had a role in 22 Jump Street, and Harley Morenstein showed up in Kevin Smith’s Tusk. Flula’s role, however, looks to be more than just a cameo. We’re excited for him, and if his frequent collaborations with his fellow YouTubers are any indication, we won’t be the only people cheering him on when Pitch Perfect 2 arrives in theaters on May 15th, 2015.