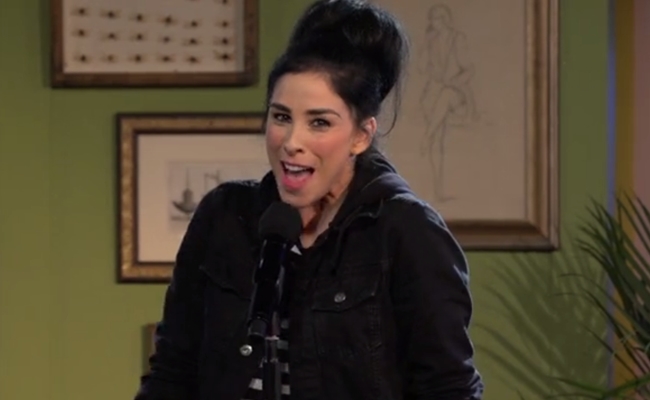 Vimeo continues to build up its library of premium, on demand content, and for its latest release, it has turned to one of the strongest comedy networks on the Internet. JASH is behind Rubberhead, a variety show hosted by Sarah Silverman.

Rubberhead, which was conceived during the spring and filmed in July, is a 45-minute comedy showcase featuring more than 25 performers. According to a release, Silverman hand-picked the comedians who took part in the event. “The people you think are funny?” reads the release, “This is who they think are funny.” The special was initially planned for release through Xbox Entertainment Studios, though it moved to Vimeo after Xbox’s video platform shuttered in July.

“The idea behind Rubberhead is a new type of comedy experience— a no holds-barred show without the middleman,” said creator and executive producer Daniel Kellison. “What you see is the comedy created wholly by the artist, without interference from executives or networks or standards and practices. We put our full trust in our artist partners. Nothing is off-limits.”

That price is $4.99, which provides viewers with instant access to the comedy show. Other live programs distributed by Vimeo’s pay-to-view platform including Philip DeFranco’s DeFranco Does LA; it has also served as a home for web series like Wedlock and High Maintenance. If you think the price is right, you can download Rubberhead from Vimeo On Demand.