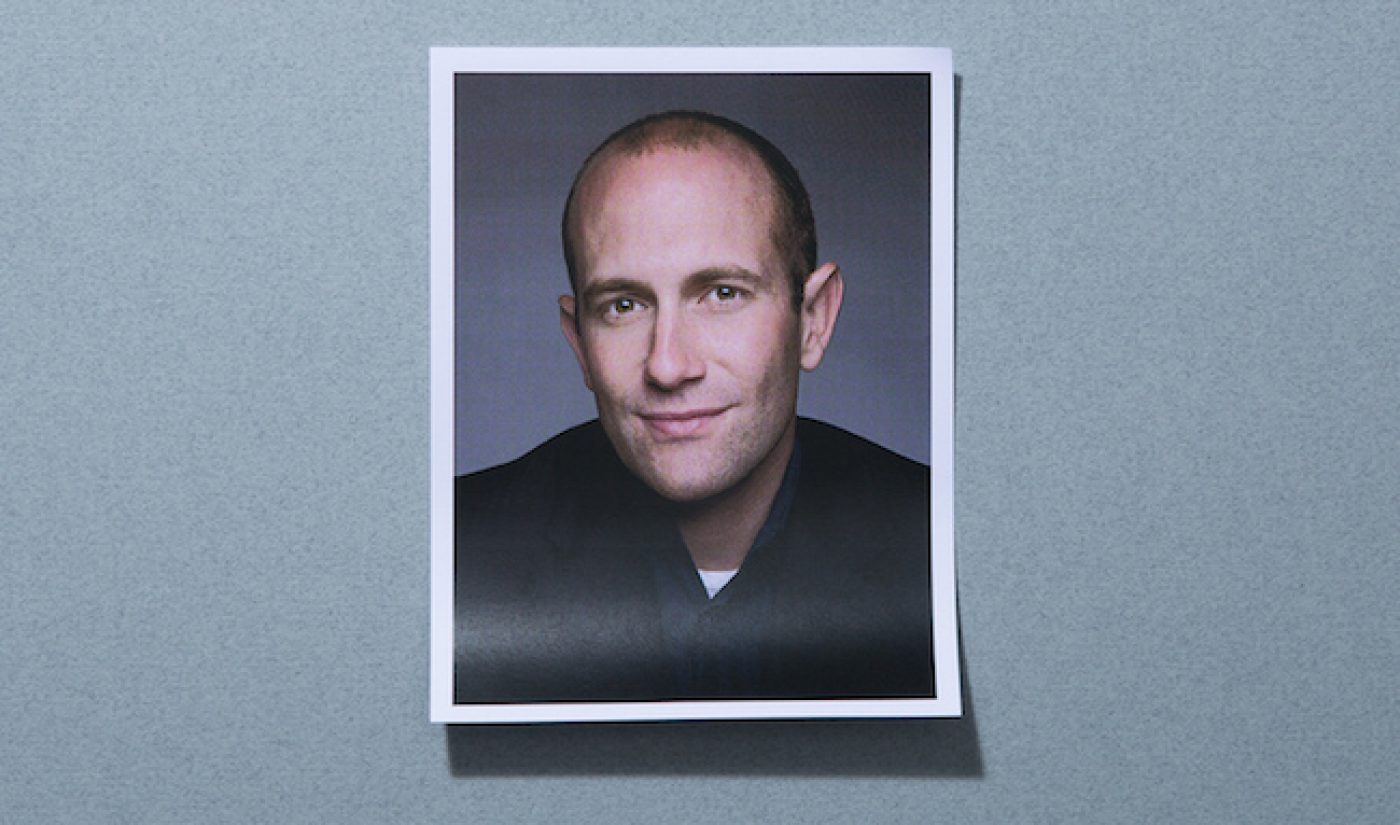 Vevo CEO Rio Caraeff, who has been at the helm of the online music video destination and distribution company from its inception back in 2009 and since grown it into an industry powerhouse with more than eight billion views a month worldwide, will leave the organization once his contract is up at the end of 2014.

Caraeff sent an internal memo (which you can read, in full, below) to Vevo employees announcing his imminent departure the evening of Friday, November 14, while the New York Post concurrently ran an online scoop breaking the news to the public. Vevo’s Chief Financial Officer Alan Price will take on the role of interim CEO as the company’s board looks for a leader with a fresh vision (to work with Vevo’s new Vice President of Marketing, Stacy Moscatelli) and Caraeff takes some time off to “clear” his head.

Vevo, the joint venture between Universal Music Group and Sony Music Entertainment with significant investment from Google and Abu Dhabi Media, is reportedly on pace to generate $350 million in revenue in 2014. A large chunk of that cash undoubtedly comes from advertising revenue generated by way of YouTube. Vevo is consistently the most-viewed multi-channel network on the world’s largest video sharing site, and it’s channels are the most well-represented among the Top 100 Most Viewed and Subscribed YouTube Channels every month.

The company’s board recently tried to leverage that viewership and popularity for a potential sale. Vevo had a number of potential suitors in Peter Chernin, Liberty Media, and Guggenheim Partners, before the powers that be took it off the block in August 2014.

Vevo’s next CEO may or may not be better equipped to move the company forward, but he or she will certainly not have Caraeff’s music industry pedigree. The 38-year-old was born and bred on rock and roll. Caraeff’s father, Ed Caraeff, is one of the most famous photographers of musicians of all-time, having shot this iconic image of Jimi Hendrix as well as well-known shots of Elton John, Dolly Parton, Marvin Gaye, The Rolling Stones, Eric Clapton, and many more artists who are now household names. While a lot of individuals have childhood memories of listening to the works of rock legends, Caraeff has childhood memories of them reading him bedtime stories.

Here’s that internal memo Caraeff sent to the team at Vevo announcing his departure:

Due to an ill timed leak which has led to a pending story in the press, I have decided to send this letter out to the company in advance of my planned announcement on Monday so that you hear about it first from me directly.

There are times in life when there is no other way to say it other than to just come out with it.  So here goes..

After nearly 6 years, I have decided to depart Vevo at the end of this year.

I care very deeply about the company that along with many of you, I helped to get off the ground.  I love her and will miss her but even more so, I will miss you all.

Our company celebrates its 5th birthday next month and that is as fitting a time as any for a change.

To thrill and delight music fans around the world has always been our purpose.  To bring music video to more people, in more places and in the highest quality possible was always our mission.  And we have been through a heck of a lot together. My mind races thinking about all of the great products we have shipped, the countries we have grown into, and all of the shows and incredible programming that we’ve produced.

I am proud of our Product & Tech team and the very first app that we developed and launched, which was for the iPhone in 2010. I also am very proud of our first app for TV, which was on Xbox. Our AppleTV app is still my personal favorite to use but what makes that one even more rewarding is knowing the back story of just how hard that we worked on it and how long it took just to get that deal done and that app launched (years!).

I am proud of our Sales, Research, Revenue Ops and International teams and everything that they have accomplished – it is continually awe inspiring and amazing to me that we have built (from scratch!) such a world class team across the US, UK and Germany and a network of successful partnerships around the globe.  It’s hard to believe (but completely true) that there was a time when we had no revenue or sales teams and had to set about building it all from nothing.

I am proud of our Marketing, Event & Programming teams for the many premieres, original shows and incredible events that we have pulled off over the years around the globe. Vevo Presents Kanye West (ft Jay-Z) live from Austin at SXSW is probably my all time favorite show that we’ve ever produced. Being in that abandoned power station and walking out of there somewhere between 4 and 5am after a blistering series of performances culminating with Kanye and Jay was something that I will never forget.

I am proud of our Business, Finance & HR teams, for being the oft-unsung heroes and doing so much heavy lifting that most of the company is not aware of every day.  From going to battle fearlessly in some very tough negotiations behind the scenes, to making sure that rights owners, artists and songwriters get paid to assuring that we have a roof over our heads and cash in the bank, you guys and gals work tirelessly to make sure that it all comes together.

Looking back, we were able to successfully convince the entire industry to evolve and change the way that it had historically operated and to think about its customer differently.  Restoring the value of music audiences and making them ultimately as valuable (if not more so) than those who love sports remains our goal.

We have won many battles and have lived to fight another day. Although there are many more to fight and much work to be done I know that you are all up for the task.

Making this decision was very hard but I know that the company is left in a very good place. Never before has she had such a deep bench of leadership and talent.  Our company also enjoys the recently renewed support of our founding shareholders who have consistently demonstrated a prescient long-term vision that our business is core and strategic. That music audiences are tremendously valuable. That thrilling and delighting fans with great programming just makes sense.

While our Board works swiftly to hire a new CEO, it has asked Alan Price to step up and run the company as interim CEO together with our senior leadership team.  The company is in truly great hands with this team who have my utmost respect and trust.

What is next for me? I do not yet know but I will take a moment to clear my head and when the time is right, my passion will guide and I will jump back in.

ps. An official press release will be sent out by our company on Monday morning which includes words of support from our shareholders and speaks to the leadership transition in detail.