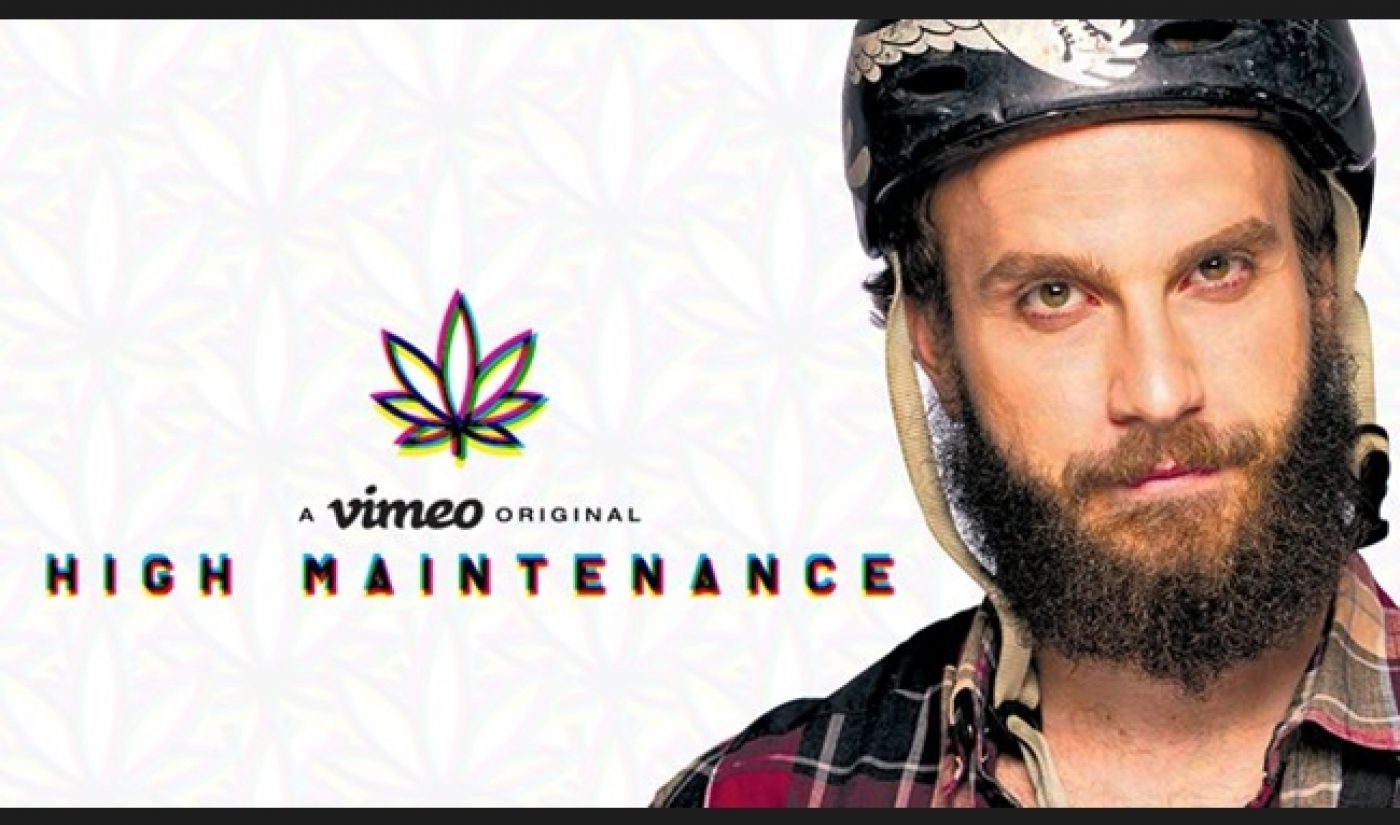 Vimeo‘s smokiest web series is back. High Maintenance, which explores the offbeat customers of an unnamed marijuana dealer, has released three new episodes through the Vimeo On Demand platform.

If you haven’t heard of High Maintenance, all you need to know is that it might be the single best web series the Internet has the offer. Katja Blichfeld and Ben Sinclair‘s comedy features a perfect blend of laughs, well-drawn characters, and engaging plot lines that always manage to reach satisfying (and sometimes chaotic) conclusions. The series began in 2012, and over the course of two years, Sinclair and Blichfeld released 13 independently-funded episodes and a blooper reel.

In 2014, Vimeo stepped in. The online video platform is growing its library of on-demand content, and High Maintenance–which used the Vimeo player and had already gathered an audience–was a perfect fit. Vimeo agreed to fund six new episodes, and the first three of those episodes can now be purchased for $1.99 a pop or $7.99 for the full season. The other three episodes will become available “as soon as they’re released.”

High Maintenance joins a strong on-demand library already populated by series like Wedlock and a la carte releases like Philip DeFranco’s DeFranco Does LA. While some of Vimeo’s pay-to-view content is intriguing, High Maintenance is the first Vimeo On Demand series that can safely be tagged as must-see Internet TV. If you’re not convinced, watch a few of the best episodes to see what the fuss is about.