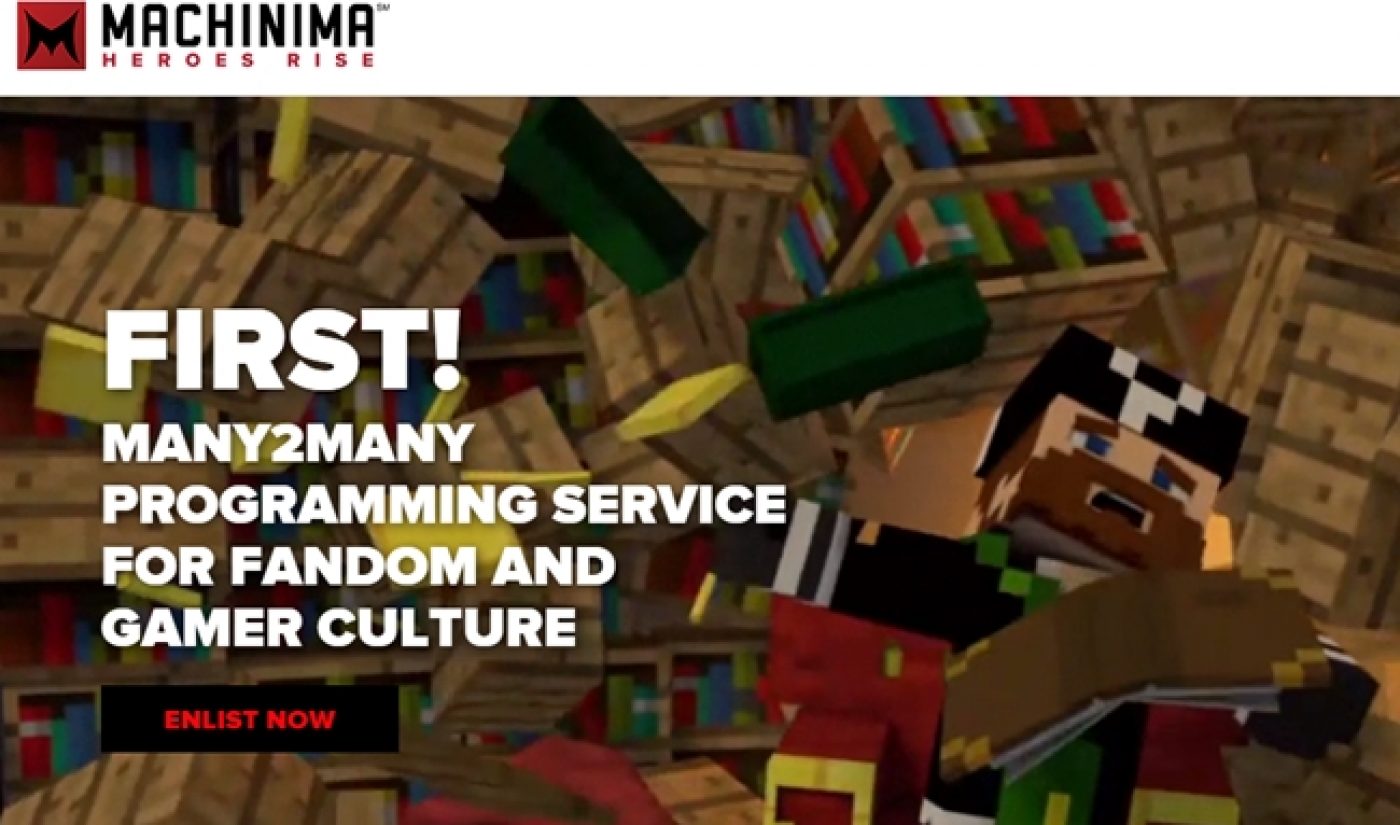 Machinima is switching up its image. The multi-channel network that began as a home for gaming-related content has rebranded, and it now sports a new tagline, a new talent management system, and a snazzier website.

The new tagline is “Heroes Rise“, and it speaks to Machinima’s focus on pop culture fandoms and its relationship with its “core fan.” The most visible place where this slogan has been implemented is on Machinima’s website; as a press release explains, the network’s online home is no longer a “sterile corporate placeholder.” Instead, it invites creators and advertisers to “enlist” while footage from Let’s Play videos, live-action shows, and animated series plays in the background.

Machinima’s rebrand isn’t limited to cosmetic changes. Instead, the network is also out to improve its talent management services, which have long served as a sticking point for creators. For example, in a recent interview, PewDiePie–a former Machinima partner–claimed the network “was managed in such a terrible way.”

In order to make its creators happier, Machinima now offers a three-tiered “Level UP” program, through which each content creator receives a package of services based on the size of his or her audience. Machinima partners will be able to access channel management tools through Console, a newly-constructed platform.

The final part of Machinima’s rebrand is the launch of Machinima Legion, a group of 10,000 viewers who Machinima will use as a focus group of sorts.

These changes are among the biggest ones Chad Gutstein has implemented since he became Machinima’s CEO in March 2014. Gutstein has also overseen a re-launch of the Machinima Prime channel. “Machinima needed a brand identity that reflects our position as the most notorious purveyors and cultivators of fandom and gamer culture and is worthy of the passion and aspirations of our Millennial audience and creators,” said Gutstein in a release.  “We have spent the past seven months building out the team, tools, and programming capabilities, enabling us to truly super serve our talent network and bring forth the programming our audience craves.  We want the world to know that Machinima is where Heroes Rise.”

Machinima is currently coming out of a rough period that saw it cancel high-profile projects, lay off employees, and struggle in the Comscore rankings. With its new look, Machinima is hoping to continue its growth while fashioning itself a new suite of online video powers.