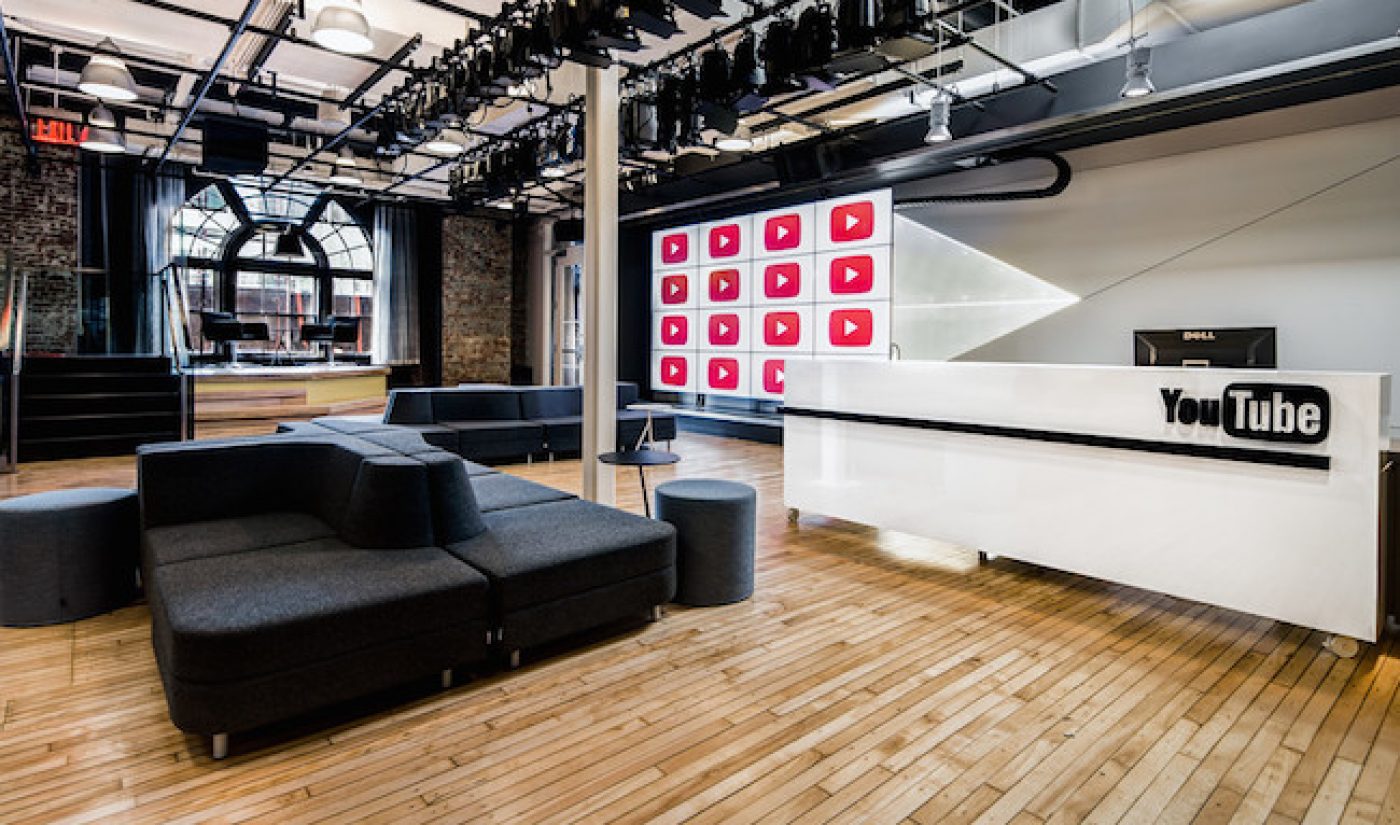 If you’re a budding online video star or established entertainment professional looking for a low-cost, but high-tech sound stage, recording room, editing bay, or otherwise production-friendly facility in which to shoot, slice, sweeten, or finish your project in New York City you can fuggedaboutit. At least you could fuggedaboutit before November 6, 2014. It’s on that Google officially opened the doors of its YouTube Space New York and gave YouTube creators with 5,000 subscribers or more a free place in which to work.

The sprawling (especially for New York) 20,000 square foot facility is located on the fifth and some of the sixth floors of Chelsea Market on Manhattan’s West Side, directly across the street from Google’s massive three million square foot New York Headquarters the company purchased for a cool $1.9 billion back in 2012. Savvy, space-efficient designers packed the area with no less than three enclosed sound stages, a handful of editing bays, a few very well-lit makeup rooms, a pair of audio suites, a couple of master control rooms, one voice over recording room, a permanent 1950’s diner set, miles and miles worth of cable, an equipment room with loaner cameras, lights, booms, and other tools of production, a screening room, and more.

The powers that be at YouTube also learned from their experience at other YouTube Spaces (New York is the fourth YT Space, with Los Angeles, London, and Tokyo already established and Sao Paulo on the way) and did their best to make every square inch of the facility shootable. That’s why lighting rigs cover the ceilings, a lot of the furniture is on wheels, and the bathroom was especially designed with mirrors to give the space depth and titles to better deal with bright lights.

YouTube reports more than 6,000 videos created at its Spaces around the world have generated over 750 million views, while upwards of 30,000 individuals have attended workshops and training sessions at the facilities. Those numbers are only going to increase at a greater rate with the addition of YouTube Space New York.

Interested creators can sign up for 9AM to 9PM, Monday through Saturday access to the facility at the YouTube Space NY site. Here’s a quick tour of the space and facilities they’ll be working with: