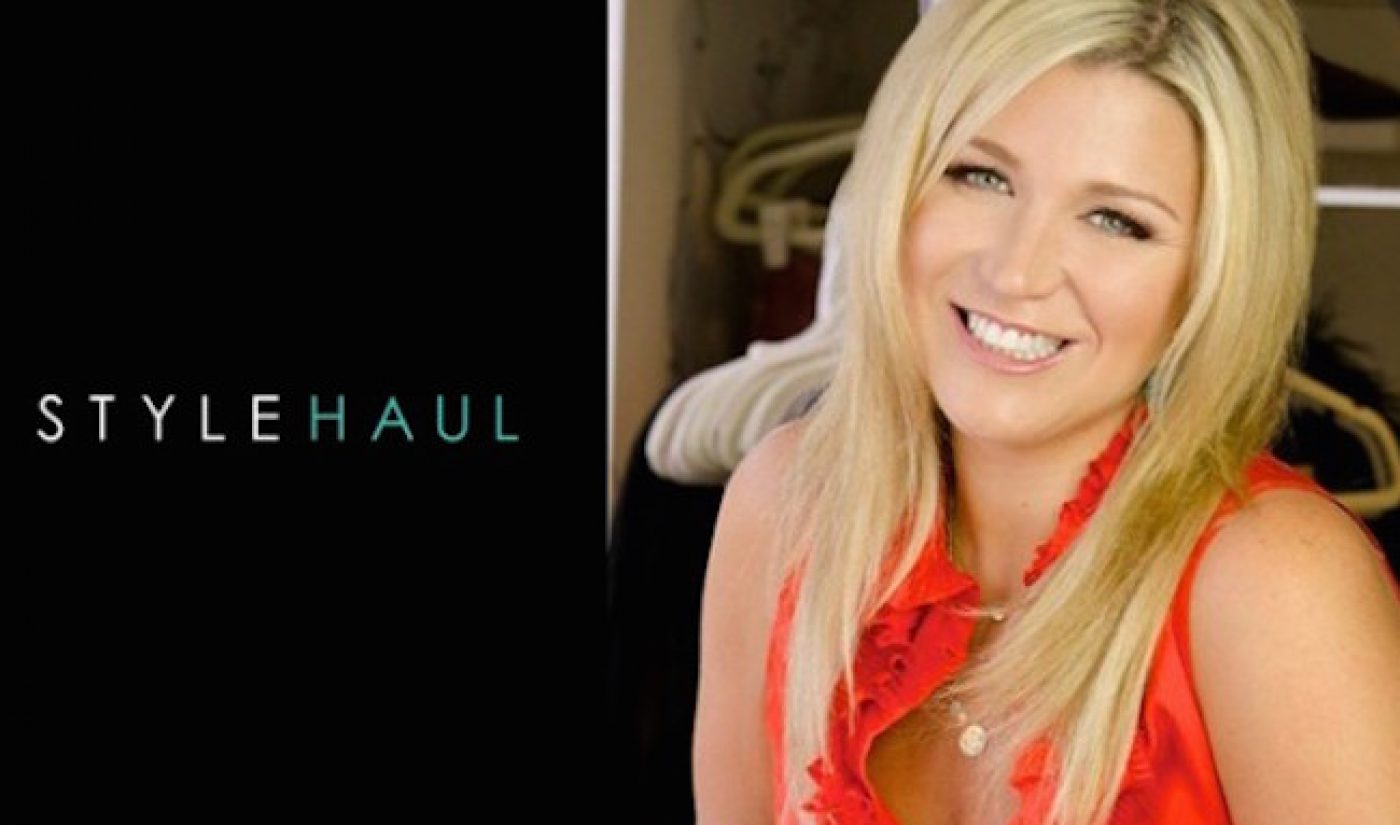 The European entertainment company with some form of ownership stake in over 53 television stations and 29 radio stations in 12 countries around the world that is also responsible for The X Factor, The Price is Right, Family Feud and other hit TV properties through its wholly-owned subsidiary FremantleMedia just purchased a controlling stake in StyleHaul for $107 million. The deal puts the company’s valuation just north of $150 million, with performance incentives that could push the total number to more than $200 million.

StyleHaul CEO Stephanie Horbaczewski announced the deal by way of a post on the StyleHaul blog:

Today is truly one of the most exciting days in the history of StyleHaul. I am thrilled to announce that we have officially become part of RTL Group – the leading European entertainment network – who has already been a big part of StyleHaul’s success over the past few years. I want to first say a huge THANK YOU to all of you, our creators, for producing the best content there is on YouTube and helping me realize my dreams as you realize your own. This note doesn’t even begin to cover the depth of gratitude and pride I have for each and every one of you for being part of our StyleHaul community – we adore you all!

I want to make sure that you all take comfort in knowing that the relationship that you have with StyleHaul will not change. Our address is the same. Your community manager is the same. You can still find us at the same Twitter and Instagram handles and of course on YouTube, Vine, Tumblr and SnapChat, everywhere you are, we are there too.  We will continue to make you and your content our priority and we are so excited to go through this new journey with all of you, together, as a family.

I also want to sincerely thank the global staff of StyleHaul. Your energy, passion, creativity and dedication to StyleHaul keeps me motivated and inspired, every single day. Thank you for being committed to our success.

And here’s what StyleHaul had to tweet about the news:

RTL’s contribution to StyleHaul’s success that Horbaczewski mentions above has included a $6 million funding round closed back in May 2013. RTL’s parent company, the German multinational mass media company Bertelsmann led a previous $6.5 million in February 2013. And those two checks are on top of SyleHaul’s initial $4.4 million funding from 2012 that included individual investors Allen and Aaron DeBevoise and instinations Juvo Capital and RezVen Partners. All in, the YouTube MCN has raised roughly $16.6 million since its start in 2011.

But RTL’s support of StyleHaul hasn’t only come in the form of cash. The MCN inked a multi-year, multi-series development deal with RTL’s FremantleMedia back in December 2013 to produce original programming (e.g. The Crew). The production house will also undoubtedly be a great outlet if any of the programming created in StyleHaul’s new branded studios division or by the company’s relatively new Chief Content Officer, Mia Godlwyn looks like it could make the jump from the web to TV.

“Stephanie and her team are among the best in the business at executing branded and premium content programmes, across multiple platforms, with video being at the core,” said RTL Group CEO, Guillaume de Posch to The Hollywood Reporter. “Additionally, StyleHaul already works closely with RTL Group’s content production arm, FremantleMedia, and we look forward to growing that relationship. StyleHaul, together with their portfolio of content creators and best-in-class video content, will enhance RTL Group’s presence in online video.”

StyleHaul currently boasts more than 5,000 YouTube channels with an aggregate more than 203 million subscribers and is the YouTube network of record for superstars like Zoe Sugg and iJustine. It’s also the latest in a line of high profile, multi-million dollar MCN deals. Disney acquired Maker Studios for $500 to $950 million in March 2014 and The Chernin Group‘s and AT&T‘s Otter Media picked up a controlling stake in Fullscreen for somewhere between $200 to $300 million in September 2014.