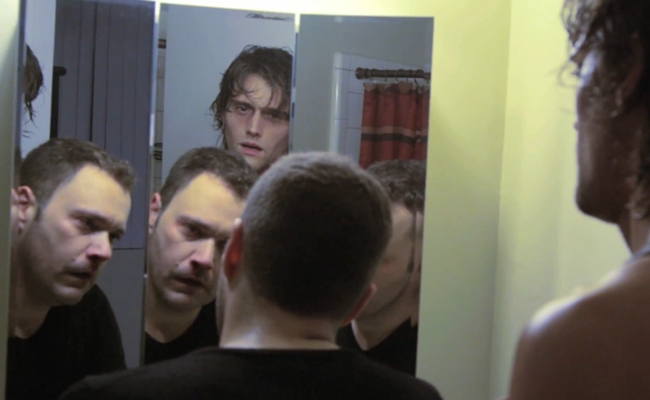 Here’s One Last Horror Video For Your Halloween Weekend

We’ve already noted seven Halloween videos to help get you into a festive mood. If you’re looking for even more horror, check out “Kept Man“, a short film created by online video vet Wilson Cleveland.

Cleveland stars in “Kept Man” as a man who meets a new boyfriend, played by Hartley Sawyer. Throughout the nine-minute film, Sawyer’s character slowly becomes unhinged, which leads up to a violent denouement.

“Kept Man” may seem like a romantic drama at first, though its dark tone foreshadows its bloody conclusion from the start. “Most people will (and should) see it’s a twisty horror thriller,” Cleveland told Tubefilter.

As Cleveland explains, “Kept Man” was spun off from “How to Quit YouTube“, a short he wrote and starred in for BlackBoxTV. “I was in the throes of a fairly epic, angry, extended depression when I wrote this last year,” he said. “For me, it was therapy writing a survival story which Kept Man is at its core.” Once he completed it, a Halloween release date was a no-brainer. “I’m actually a huge horror nerd so Halloween is my favorite holiday,” he said. “Plus, it’s like a fun, seasonal master class on YouTube and I wanted to be part of that in some way.”

Cleveland, perhaps best known as the creator of Leap Year, sees his self-financed short as creative reinvention. It was a chance to “tell a story I wanted to tell in my own words and on my own dime.” With “Kept Man” in the past, he’s now planning a lighter turn. “