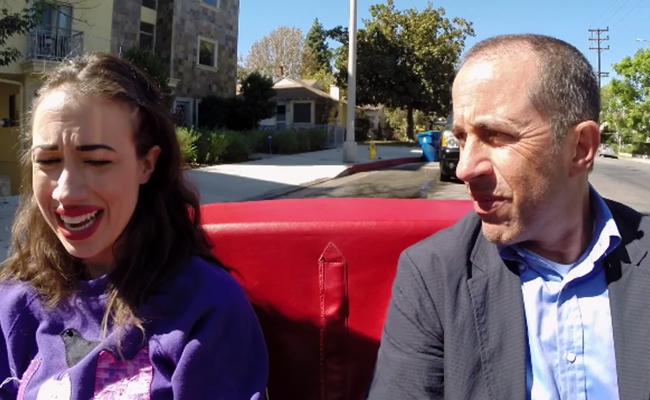 Jerry Seinfeld‘s web series will return on November 6th, but for fans who cannot wait that long, a new trailer gives viewers an early look. Crackle has released the season five trailer for Comedians In Cars Getting Coffee, which will feature a septet of guests from the comedy world.

As has been the norm ever since Seinfeld took flak for the lack of diversity on his web series, this season’s crop of guests is a diverse group. During the 97-second trailer, viewers catch snippets of conversations with everyone from Kevin Hart to Jimmy Fallon to Amy Schumer.

YouTube aficionados will be most excited about the presence of Colleen Ballinger, who Seinfeld discovered through his 14-year-old daughter. Ballinger will appear on the season of Comedians in Cars Getting Coffee as Miranda Sings, the character she plays on YouTube.

The other three guests in season five will be Bill Burr, Ali Wentworth, and Fred Armisen. The first episode (featuring Kevin Hart) will arrive next week on Comedians In Cars Getting Coffee‘s official website.