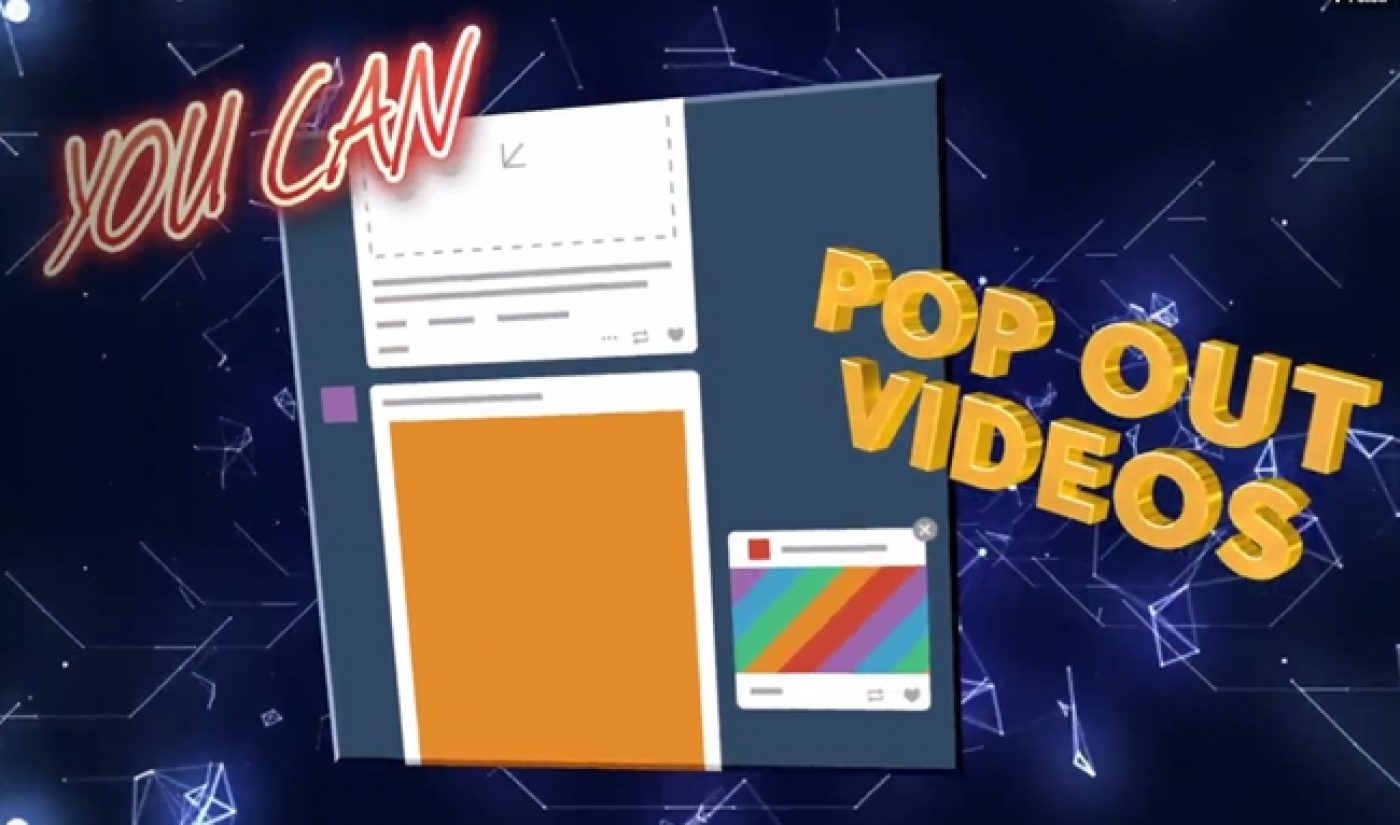 Recently, rumors have circulated about Yahoo’s plan to turn Tumblr into a potential YouTube competitor. For that to happen, Tumblr’s in-house video player need to be on par with its rivals, and the blogging site seems to understand that. It has announced several upgrades to its video player, debuting an automatic playback format that features Vine-like loops.

Tumblr announced these upgrades in a blog post accompanied by a very silly introductory video. The main change is the ability to pop out videos and watch them in a separate window while simultaneously scrolling through other posts. The videos will automatically play, though as on Facebook and Vine, sound will be optional. Once completed, videos will loop back to the beginning. “Watch once, twice, forever, whatever,” quips Tumblr’s post.

With these changes in place, is Tumblr ready to challenge the online video world? Some people, such as Todd Spangler of Variety, don’t think so. “Tumblr’s expanded video play is more a defensive move to keep pace with more direct competitors like Facebook’s Instagram and Twitter’s Vine,” he wrote. He noted the lack of support for ads, which as the main revenue stream for most YouTubers. Therefore, it is hard to envision a scenario where Yahoo (which owns Tumblr) could poach YouTube stars, as is believed to be its plan.

Still, even if Tumblr doesn’t support ads, its updates have improved its ability to offer sponsored brand videos, which often feature online video stars. “As one of our seven posts types, advertisers have always had the ability to use video for their sponsored content on Tumblr and we can’t wait to see what they do with this update,” a Tumblr rep told Variety.

As we noted when Snapchat announced its plan to run ads, a strong branded content platform is good news for Tumblr’s creative community. Tumblr’s player may not be ready to butt heads with YouTube just yet, but it is in position to offer stronger revenue streams to its users.