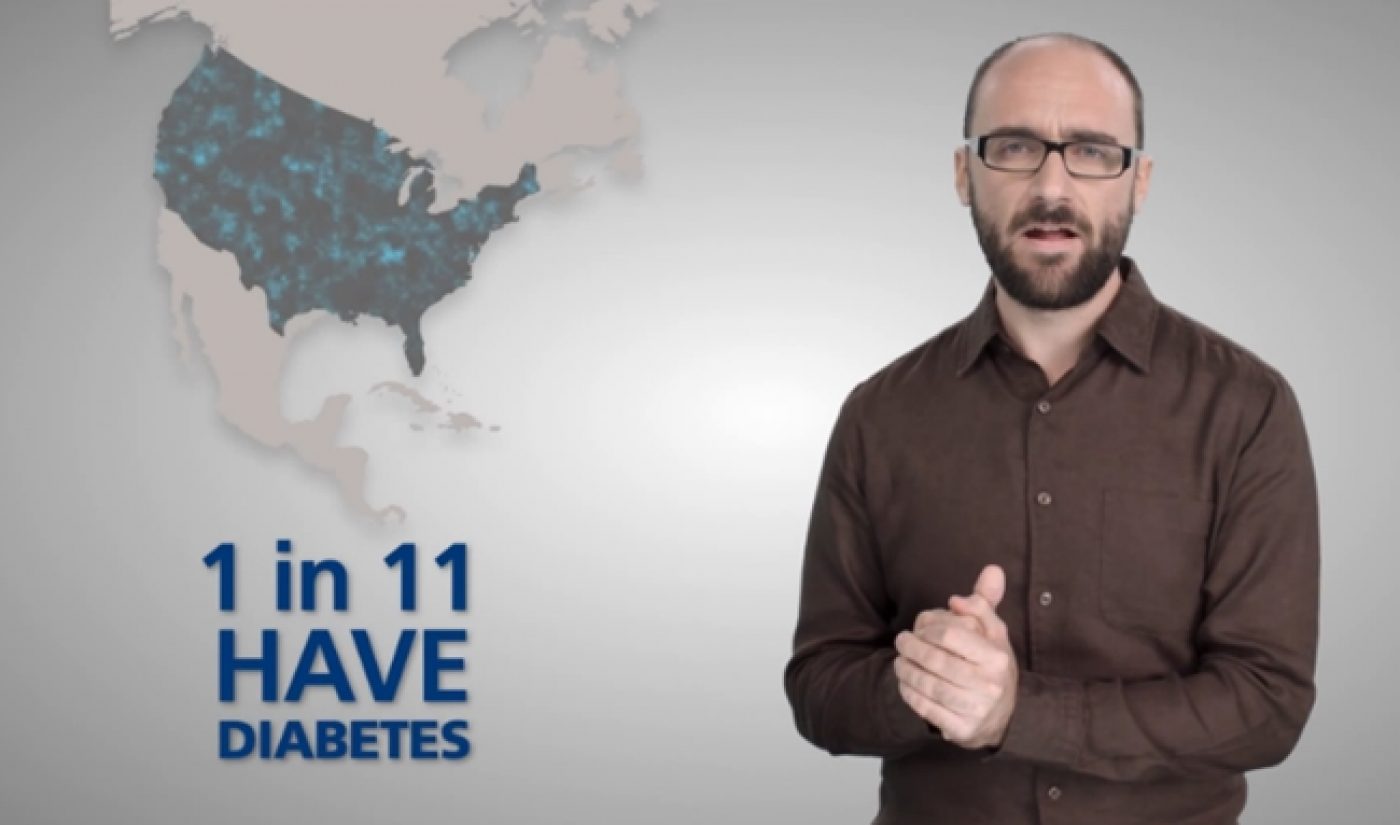 Novo Nordisk wants to teach YouTube viewers about diabetes, so it has turned to one of the site’s most prominent educators. The pharmaceutical company, best known for treating diabetes, has enlisted Michael Stevens of Vsauce for Breaking Down Diabetes, a six-part series about the disease that affects more than 382 million people worldwide.

Each episode Breaking Down Diabetes tackles a different subject related to the disease. While the tone seems mostly intended for people who already have diabetes, the first episode also targets people who may be unknowingly living with the disease. As Stevens explains, there are approximately 29 million in the United States who have diabetes, but only 21 million of them have been diagnosed with these disease. Since some of the eight million others are teenagers with un-diagnosed Type I diabetes, Stevens–whose YouTube channel faces a young-skewing audience of nearly eight million people–is a smart choice for host.

As the episode continues, Stevens defines the two different types of diabetes. He also debunks some myths about the disease, which are provided by WebMD.

Novo Nordisk has branded the series through Cornerstones4Care, a support program it runs for diabetes patients. “We’re very excited to work with Michael and other experts to bring diabetes education to a platform where so many consumers are seeking information,” said Christine Sakdalan, Novo Nordisk’s VP of Patient Centric Strategy and Solutions, in a release. “Through The Diabetes Download, we’re breaking down the misconceptions of diabetes to empower more people to take control of their health and better manage their condition.”

All six episodes of Breaking Down Diabetes are available over at The Diabetes Download.