Olga Kay Is The Latest YouTuber With Her Own App 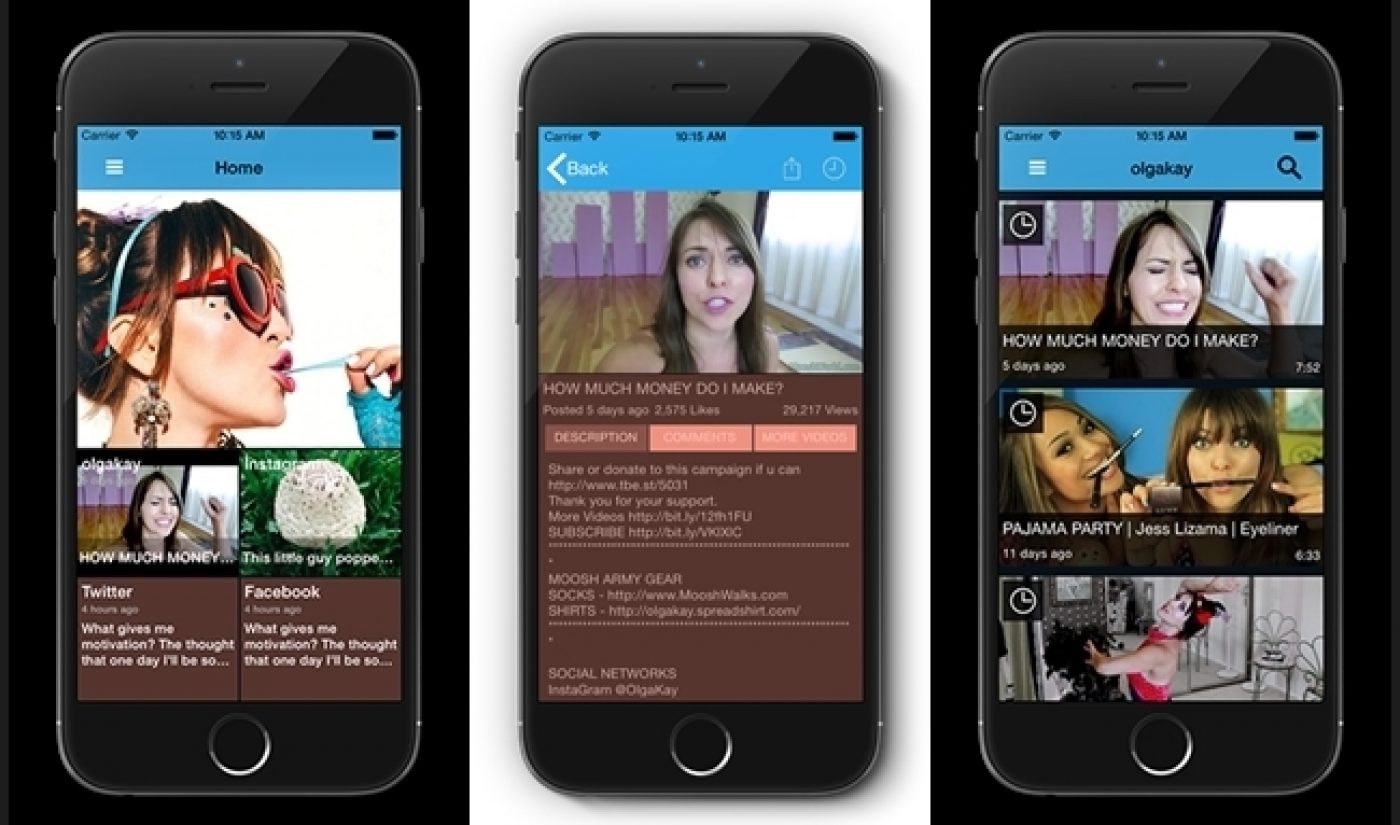 For YouTubers, mobile apps represent a powerful off-YouTube platform that caters to increasingly mobile audiences. As a result, many of the biggest names in the online video community have launched their own personalized apps, and Olga Kay is the latest creator to join that group. She has teamed up with Beachfront Builder for a new mobile destination.

The app, which is now available on the App Store and Google Play, consolidates Kay’s social media presence in one central hub. Her fans can use the app to view videos from her four YouTube channels, which count more than 1.1 million combined subscribers. Here’s Kay discussing her new app in a vlog she posted on her main channel:

As stats provided by Beachfront Builder show, Kay’s mobile app will allow her to more efficiently monetize her content, especially considering 40% of all YouTube views come on mobile where ad rates are 200% higher than they are online. For Kay and a growing number of YouTube stars and personalities, building her own app was a no brainer. Just last week, YouTube channels owned and operated by Fight Tips, Rachel Ballinger, and Jason Horton also launched their mobile applications by way of Beachfront Builder. Expect to see many more recognizable online video celebrities to appear in online app stores soon.