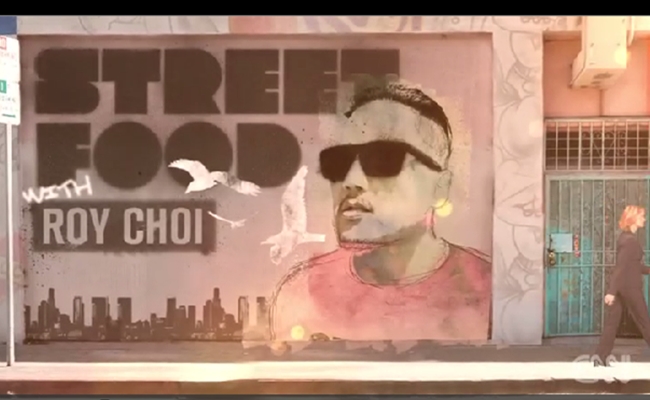 Since launching a digital studio in April 2014, CNN has been working on a handful of original web series. One of those series is Street Food with Roy Choi, which has now launched its debut episode.

When CNN’s digital studio was first announced, the Wall Street Journal described one offering as “a cooking show starring a pupil of Anthony Bourdain.” Street Food appears to be that show. Choi, whose Kogi Korean BBQ food truck is a huge hit in Los Angeles, has been a guest on Parts Unknown, Bourdain’s CNN cooking/travel series. Compared to that show, Street Food is very urban; its trailer plays up the Los Angeles setting.

Each episode of Street Food features a conversation between Choi and a guest while they chow down on some fresh-looking eats. Bourdain will be a guest, as will YouTube beauty guru Michelle Phan, but the first episode features Jon Favreau, who enlisted Choi as a consultant on his film Chef.

Street Food is similar to other web series that have explored local culture through the lens of cuisine. As one of CNN’s first digital productions, it’s pretty safe; it allows the news network to dip its toes in the web video world through a format everyone with a stomach can enjoy.