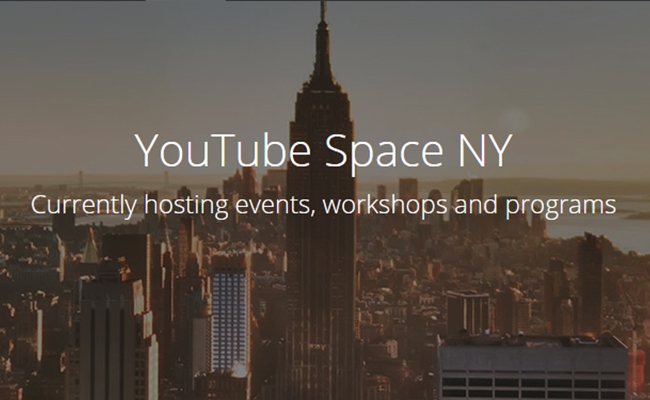 YouTube To Open Creator Space In New York In November

YouTube is preparing to open the fourth production space catered to its creative community. In November, it will officially open the doors of YouTube Space New York, which will join existing facilities in Los Angeles, London, and Tokyo.

As with the other YouTube Spaces, the New York facility will offer high-quality production equipment for its guests. It will also provide classes and will host networking events for online video creators. “By removing the barriers to production, we hope to inspire you all to try out new creative concepts and show formats, as well as deliver even more of the great videos and series your fans love,” wrote Adam Relis, the head of YouTube Space NY, in a post on YouTube’s official blog.

The New York space, which is located at Chelsea Market in Manhattan, was first announced at VidCon in 2013. Since then, it has operated on a limited basis. This playlist notes a few videos produced at other YouTube Spaces, including George Takei’s Takei’s Take web series and AVByte’s “Procrastination” music video.

The new YouTube space will also include several amenities aimed at brands. New York is the advertising capital of the world, and brands that wish to develop content on YouTube will be able to receive assistance at a Google BrandLab that will open up inside the New York space.

More information about the New York facility can be found at the YouTube Spaces homepage. The new space will give creators on the East Coast a place to connect with their colleagues, without requiring them to fly across the country.