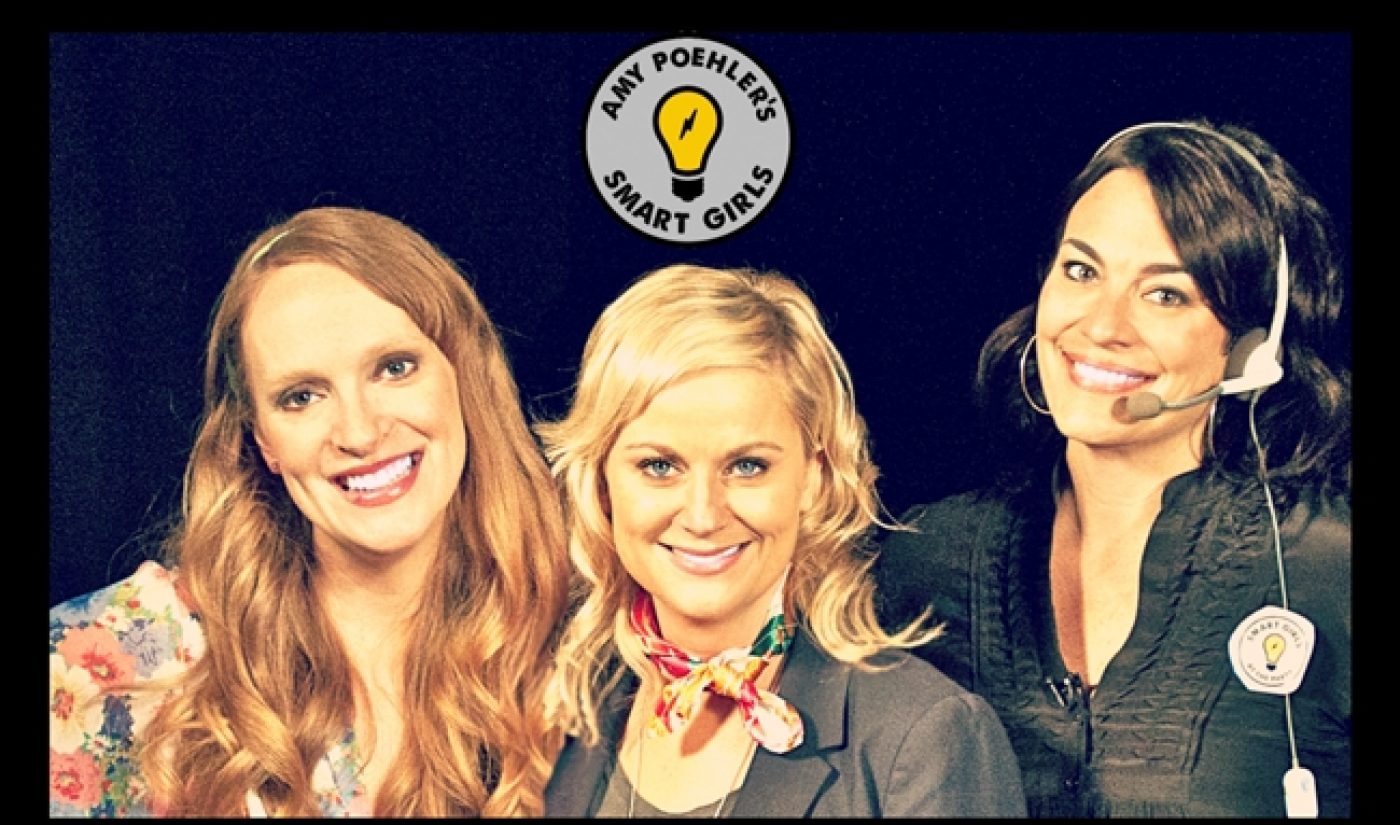 Amy Poehler‘s role as Leslie Knope on Parks and Recreation will soon come to an end, but Poehler’s online video channel is picking up steam. Smart Girls At The Party, which Poehler launched in 2008 alongside her friends Meredith Walker and Amy Miles, has been acquired by Legendary Entertainment.

First launched in 2008, Smart Girls At The Party is a channel with a girl power vibe; in addition to interviews with women like Lindsey Stirling and Broad City stars Abbi Jacobson and Ilana Glazer, it also included a popular “Ask Amy” segment where Poehler dished out her thoughts on various subjects.

Despite Poehler’s star power, her series has struggled to find a consistent home. It initially launched through the now-defunct ON Networks (and you can read our interview with Poehler around the initial time of the series’ launch right here). In 2012, it became a part of YouTube’s Original Channels Initiative, which also ended up going dormant in November 2013 before rising again by way of a new iteration of the program in September 2014.

Smart Girls At The Party has been quiet since then, with just nine new videos in the past year. Thanks to the Legendary deal, the channel will return to “make great videos and shows and more of what you like,” according to a video update from Poehler.

Smart Girls At The Party will become part of Legendary’s digital network, which also includes Nerdist and Geek & Sundry. “We at Smart Girls are excited to be working with Legendary and look forward to providing funny and inspirational content for all of the goofballs out there,” said Poehler in a press release.

There’s no word yet on when new Smart Girls At The Party videos will arrive. Until they do, we can only take the advice Poehler gives us in her update video: “Keep your eyes on the Internet and your head in the clouds and your feet on the ground and your butt in your own backyard,” she quips.