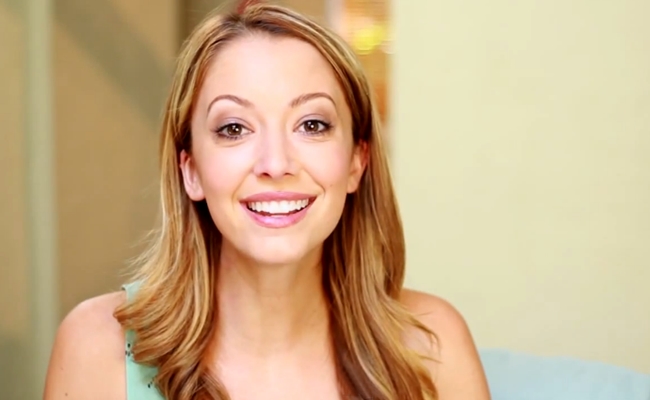 Taryn Southern made a movie, and on October 24th, her fans will be able to see it. The singer, actress, and YouTuber is the creative force behind Searching For Katie, a documentary-style thriller that will debut on Vimeo On Demand.

We first learned about Southern’s film in August, when she was noted as one of three YouTube creators releasing premium content through Vimeo On Demand. In a new video, Southern has unveiled more details about Searching for Katie. “Thanks to Vimeo,” she explains, “a film that I started four-and-a-half years ago, about a missing girl and her connection to an LA-based cult, will finally be released in October.”

A trailer posted on Vimeo provides an early look at the film. It will tell its story through a combination of real and fictional documentary footage, and it seems to resemble the “found footage” films that usually come out around this time of year. Searching For Katie‘s release date–one week before Halloween–is not a coincidence.

Southern has also invited her fans to submit their own footage to the movie. In a separate video, she asked viewers to create clips about their experiences with cults. Southern explains that the submissions can be “fictitious or totally real,” but either way, they are due by October 12th.

Searching For Katie will cost $7.99 to purchase and $4.99 to rent. Until its October 24th release date, you can preorder it by checking out the film’s Vimeo home. More information on Searching for Katie can be found on Southern’s Facebook page.