Twilight Will Be Revived With Short Films Released Through Facebook 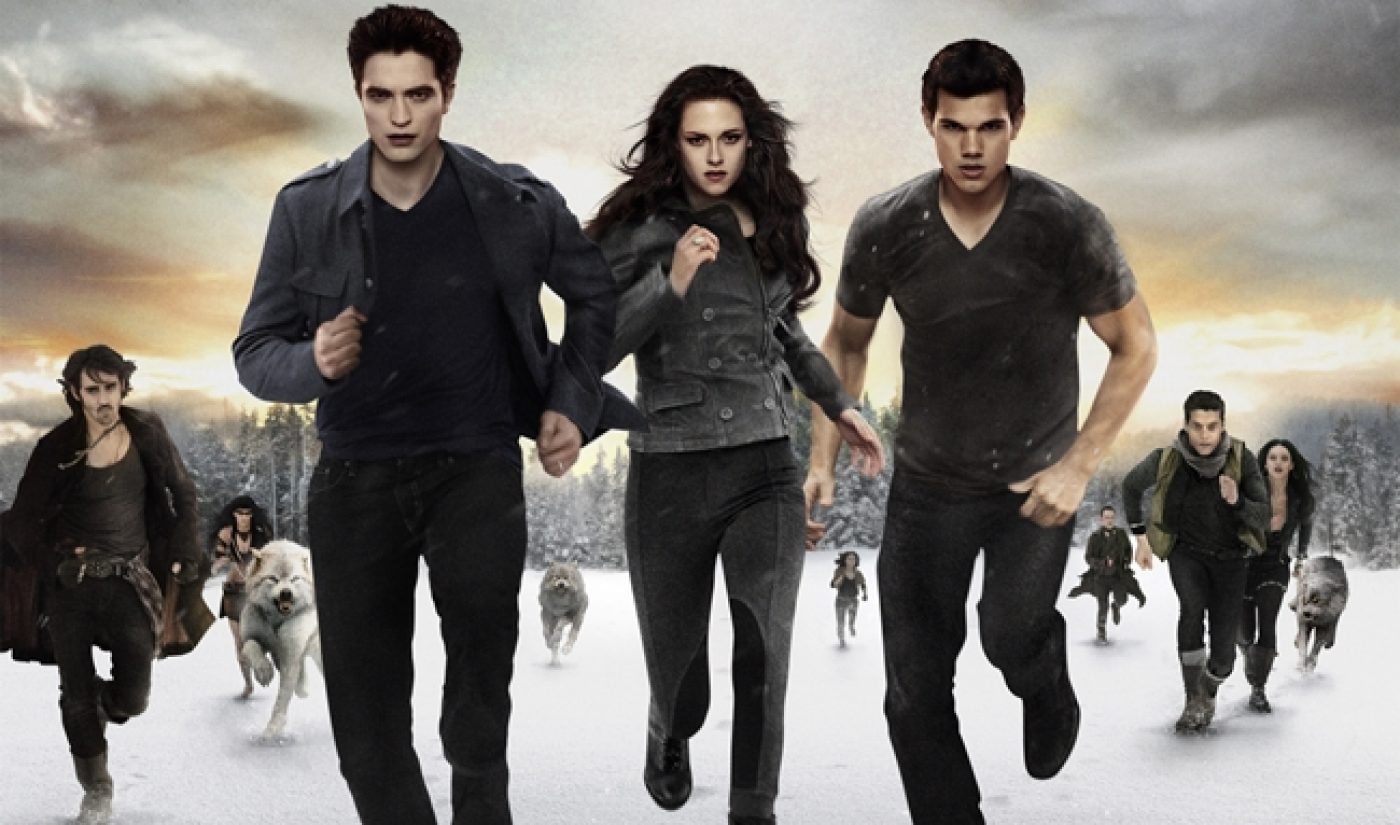 It’s been two years since the last Twilight movie was released, but if you thought you were finally done hearing about Team Edward and Team Jacob, think again. The hugely popular series of fantasy novels will serve as the source material for five short films that will be led by female directors and distributed exclusively through Facebook.

The Twilight shorts–collectively referred to as The Storytellers — New Creative Voices of The Twilight Saga—will be the result of a partnership between several companies. Crowdsourcing platform Tongal will launch a contest in search of the five directors who will participate in the project. Once those women are chosen, they will be advised by members of Women In Film, including Twilight‘s star, Kristen Stewart, and its director, Catherine Hardwicke. Once the films are completed, they will be released through Facebook, which previous hired an executive to help foster partnerships with Hollywood.

The entire project will be funded by Lionsgate, the studio behind the Twilight films. Lions Gate vice chairman Michael Burns noted that the five shorts will likely lead into a bigger project. “This is the just the beginning — a template, if you will,” he told the New York Times. “You can probably guess what might be coming next.” That sure sounds like Edward Cullen will be returning to the big screen.

“We love Stephenie Meyer,” added Burns. The author of the Twilight books is also participating in the short film project.

Online Twilight shorts make sense from a logistical standpoint, since the same young, female demographic that turned the Twilight franchise into a worldwide phenomenon traditionally watches a lot of content online. Those viewers will be ready to tune in when the new films arrive on Facebook next year.