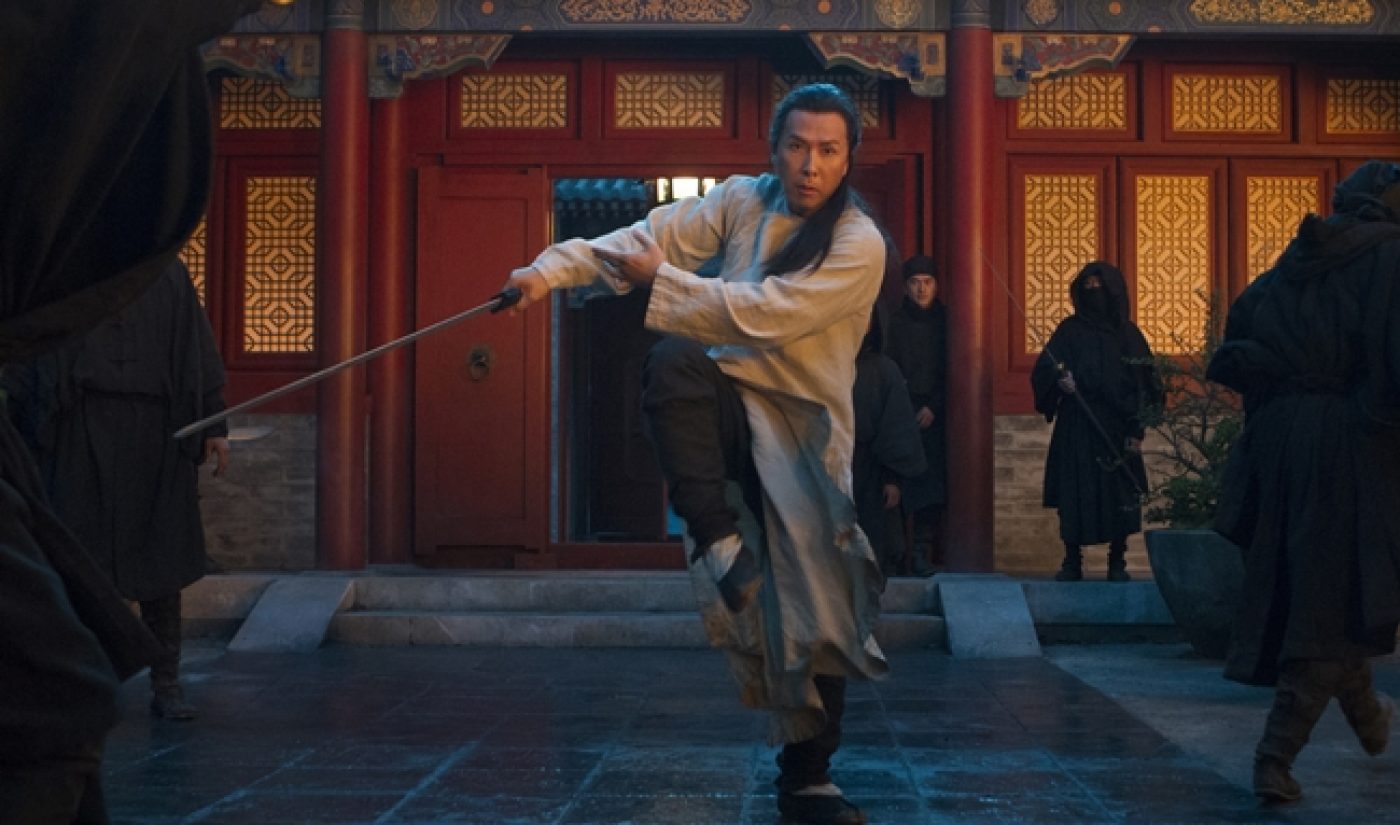 When The Green Legend arrives on August 28, 2015, it will likely be the first of what Netflix hopes to be entire library of feature films that will debut online before going to theaters. The disruptive platform has vowed to greatly increase its spending on originals in order to shake up the distribution timelines movie theaters have controlled for decades. For this particular film, Netflix will partner with IMAX, which will release The Green Legend at the same time as its online debut.

“Fans will have unprecedented choice in how they enjoy and amazing and memorable film that combines intense action and incredible beauty,” said Netflix CCO Ted Sarandos  in a statement. “We are honored to be working with Harvey Weinstein and a world-class team of creators to bring this epic story to people all over the world and to partner with IMAX, a brand that represents the highest quality of immersive entertainment, in the distribution of this film.”

As described in a release, The Green Legend will be a story of “lost love, young love, a legendary sword and one last opportunity at redemption, set against breathtaking action in an epic martial arts battle between good and evil that will decide the fate of the Martial World.” Ang Lee, who directed the first Crouching Tiger, Hidden Dragon film, will not return for the sequel, but legendary fight choreographer Yuen Wo Ping, who designed the first film’s martial arts sequences, will bring his skills to The Green Legend as well. Michelle Yeoh, one of the stars of the first film, will also return.

Crouching Tiger, Hidden Dragon became an international phenomenon upon its release in 2000, and it ended up winning the Oscar for Best Foreign Film. It’s too early to know if The Green Legend will live up to its predecessor, but it is set to break new ground upon its release.