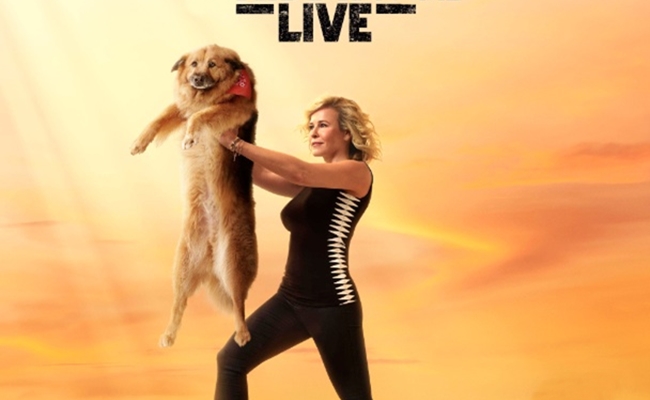 On October 10th, Netflix will release Uganda Be Kidding Me Live, a comedy special from stand-up performer and TV host Chelsea Handler. In advance of the special’s premiere, Netflix has offered up a trailer featuring a few choice bits.

“We could warn you about the vulgar content, lewd behavior, and foul language in the following trailer,” says a disclaimer at the beginning of the trailer, “but we know you’ll watch it anyway.” Over the next 90 seconds, Handler drops a few unfiltered wisecracks, many of which are related to the trip to Africa that inspired the special’s title (It’s also the title of Handler’s new book.)

Handler, who recently completed a seven-season, 1048-episode run as the host of E!’s Chelsea Lately, is now beginning a prominent relationship with Netflix. In addition to her special, she is slated to debut a series of “docu-comedy specials” in 2015. Then, in 2016, she will begin hosting a talk show distributed exclusively through Netflix.

Netflix has established itself as a prime destination for stand-up comedy. Previously, it served as the exclusive home for specials from Aziz Ansari and John Hodgman, among others. Other comedians with upcoming Netflix releases include Wyatt Cynac (October 21st), Chelsea Peretti (November 14th), and Bill Cosby (November 28th).

Handler’s special also joins a strong lineup of new titles that will be added to Netflix’s on-demand library in October. The full list of those titles can be viewed here; clearly, Americans aren’t going to let up on their collective Netflix binge anytime soon.