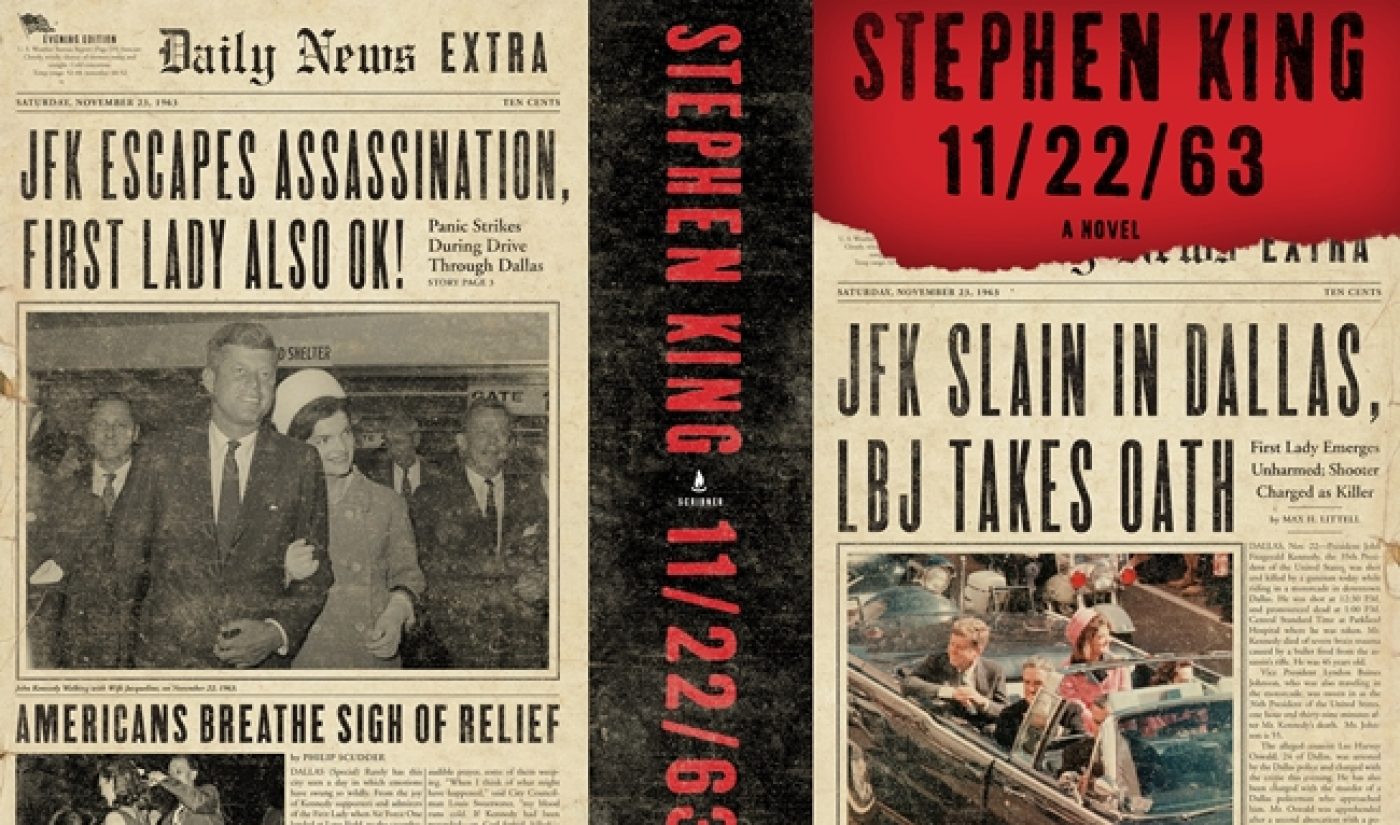 In search of a big-time drama series, Hulu has turned to a pair of big names in entertainment. The online video platform has announced a full series order for 11/22/63, an adaptation of Stephen King‘s book of the same name that will be produced by J.J. Abrams‘ Bad Robot Productions and distributed by Warner Bros. Television.

11/22/63 is an historical science fiction story about a high school teacher who goes back in time in an attempt to prevent the assassination of President John F. Kennedy. Of course, as is usually the case when time travel is involved, the journey doesn’t quite go as planned. Since its release in 2011, the book has become a best seller.

Veteran TV writer Bridget Carpenter will pen the Hulu series. Bad Robot–which is currently attaching Batmobiles to Millennium Falcons as it prepares to release Star Wars: Episode VII–will produce the nine hour show. “If I ever wrote a book that cries out for long-form, event TV programming, 11/22/63 is it,” said King in a release. “I’m excited that it’s going to happen, and am looking forward to working with J.J. Abrams and the whole Bad Robot team.”

11/22/63 represents the biggest investment Hulu has made in an original drama series so far. While it has made a splash with a library of original comedy series (with Deadbeat and The Hotwives of Orlando standing out as the best entries), 11/22/63 can give Hulu a long-form series on the same level as those from Netflix and Amazon.

“J.J. Abrams and Stephen King are two of the most celebrated storytellers of our time, and we are excited to be working with them and Warner Bros. Television to bring this unique take on one of the most seminal historic events of the twentieth century to Hulu,” said Hulu SVP and Head of Content Craig Erwich. “11/22/63 already resonated with audiences as a best-selling novel, and we are looking forward to bringing the riveting story to the screen.”