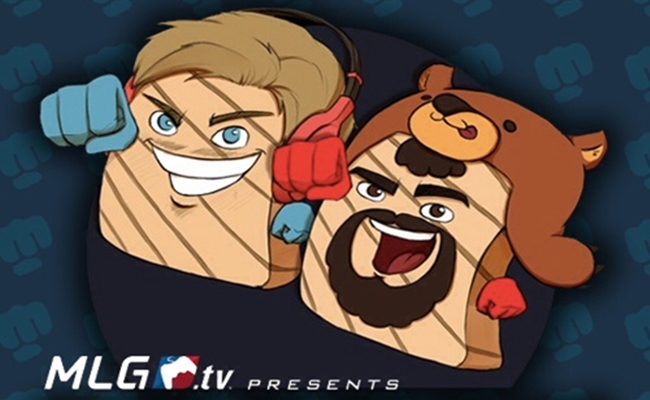 PewDiePie (real name Felix Kjellberg) is one of several YouTubers dabbling in the art of podcasting, and he has cut a deal to bring his long-form audio/video offering to a non-YouTube platform. The man with more than 30 million YouTube subscribers has brought his BroKen podcast to MLG.tv, the official online video home of Major League Gaming (MLG).

BroKen gets its name from its two co-hosts. The “Bro” part refers to PewDiePie, who affectionately calls his fans as “bros”. “Ken” stands for CinnamonToastKen (real name Ken Morrison), a friend of PewDiePie’s and a popular YouTuber in his own right. On their podcast, the two gamers sit down for an hour-long chat about whatever happens to cross their minds. The first two episodes of BroKen are available in their entirety on PewDiePie’s YouTube channel.

The new deal will bring BroKen to MLG.tv before it is available anywhere else. Monday at 7 PM EST, Kjellberg and Morrison will live stream a new episode through PewDiePie’s official MLG.tv channel. At the conclusion of the recording, the episode will become available across multiple platforms, including MLG.tv, YouTube, and Soundcloud.

MLG launched its online video platform last year in an attempt to find the same sort of video game live streaming success that has made Twitch into a billion-dollar commodity. MLG.tv’s executive team include eSports veterans like Ryan “Fwiz” Wyatt, who came to the company from Machinima.

“We’re excited to introduce PewDiePie to the MLG.tv network as we continue to deliver exclusive content from the best producers in the world,” said Wyatt in a release. “Our vision for MLG.tv is to make it the home for premium content and producers like PewDiePie and his show BroKen. This type of programming deal with PewDiePie, one of the biggest stars in digital media, is a great example of the premier talent we have joining the growing MLG.tv line-up.”

MLG claims 20 million fans across its network. With YouTube’s most popular creator on board, that number is about to shoot upward.