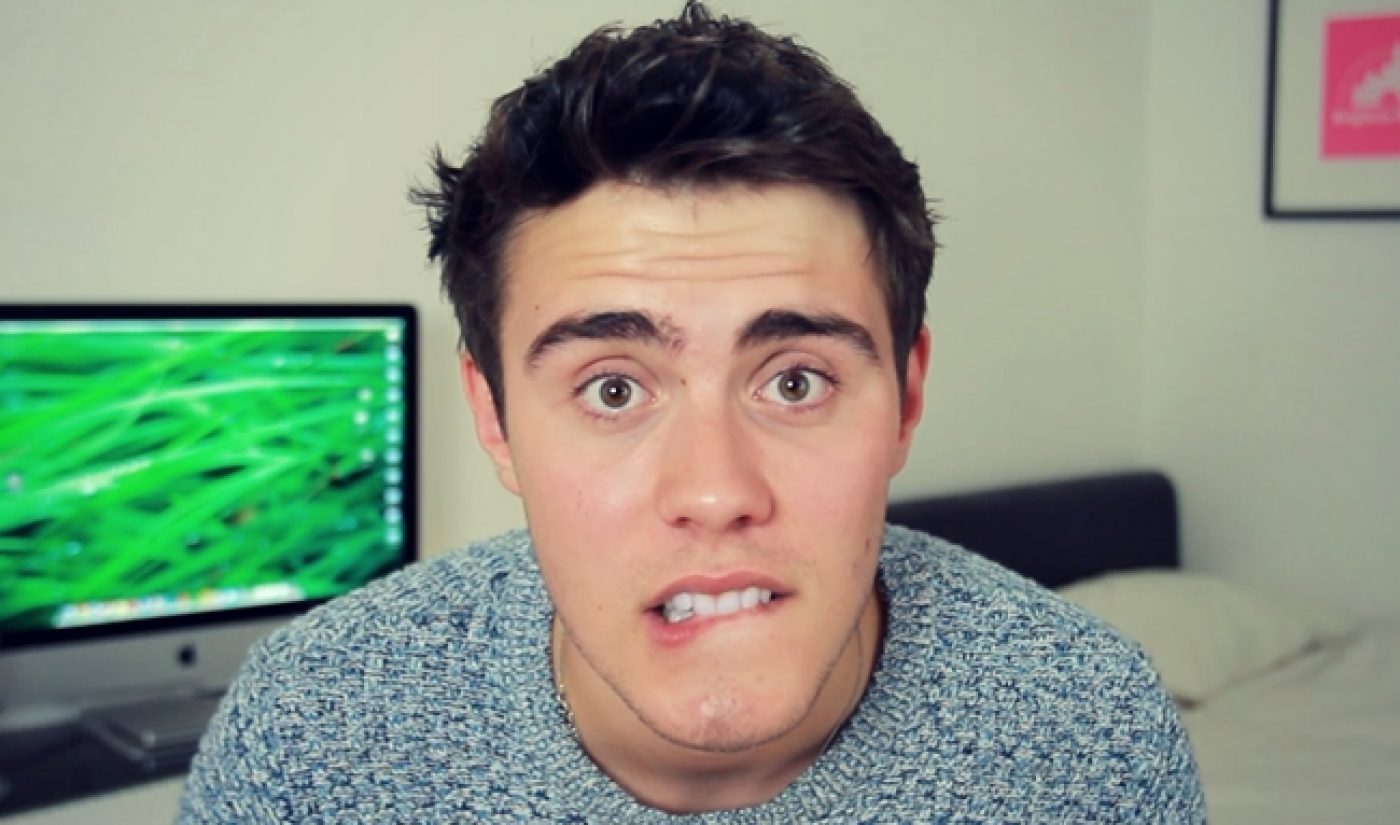 British vlogger Alfie Deyes has a new book out, and it is taking the UK by storm. Deyes, who runs the PointlessBlog channel on YouTube, has released a tie-in book called The Pointless Book, and it has shot up toward the top of the local Amazon charts.

In spite of its mundane title, The Pointless Book actually covers a variety of topics. It features a number of recipes, challenges, and tutorials, and an accompanying app features Deyes as he performs all of the actions he writes about. A press release from publisher Running Press calls Pointless Book “a ‘thank you’ to old followers and a ‘welcome’ to new ones in a delightfully wacky activity book format.”

Here’s Deyes introducing the book in a video he released last month:

Deyes, who has more than 1.4 million YouTube subscribers, released The Pointless Book on September 4th. Immediately, his fans began a nationwide feeding frenzy. At his first book signing, Deyes drew 8,000 attendees. Meanwhile, The Pointless Book reached the top of Amazon UK’s bestseller list. It has since dropped down a bit, but it is still the #4 best-selling book on the site eight days after its release.

The Pointless Book is the latest example of a YouTube project that engages online fans in real life. Deyes is also continuing a trend of YouTubers authoring books; another creator with her own publishing deal is Zoe Sugg, Deyes’ girlfriend. Her first novel, Girl Online, is due out in November.

Meanwhile, American fans will soon be able to get their hands on The Pointless Book, too. It will become available on this side of the pond on October 7th.