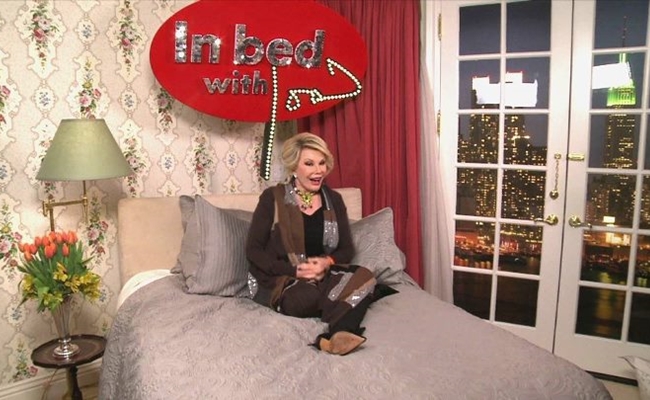 YouTube Remembers The Life Of Joan Rivers With A Curated Playlist

On September 4th, comedy legend Joan Rivers passed away one week after she suffered cardiac arrest during a surgical procedure. When news of her passing reached the media, YouTube wasted no time pulling together a playlist of her greatest hits. That playlist is available on the YouTube Spotlight channel, and it serves as a fond remembrance of America’s most acerbic comedienne.

The playlist includes several of Rivers’ late night performances. It begins in 1966, with a pre-plastic surgery Rivers dishing out a comedy routine about dating during a performance on The Ed Sullivan Show. It then features a pair of Tonight Show interviews, 28 years apart: The first one shows her chatting with Johnny Carson in 1986, and the second one pairs her with Seth Meyers in 2014.

There are a few other gems in the playlist, including a contentious CNN interview and a “feud” with Miss Piggy, but Rivers’ crowning achievement on YouTube was her web series, In Bed With Joan. Each episode featured Rivers and a celebrity guest as they lay down for a chat on a comfy-looking bed. Across 18 months, In Bed With Joan spanned 72 episodes and scored more than 4.6 million views.

In later episodes, Rivers often invited YouTube stars to join her in her bed. The episode featured in YouTube’s playlist features Jenna Marbles as its guest star.

If that video leaves you craving more of Rivers’ blunt honestly, there are plenty more In Bed With Joan episodes worth checking out. On Rivers’ passing, her daughter Melissa said “My mother’s greatest joy in life was to make people laugh …I know her final wish would be that we return to laughing soon.” Thanks to Joan’s impressive body of work, that is an easy task.