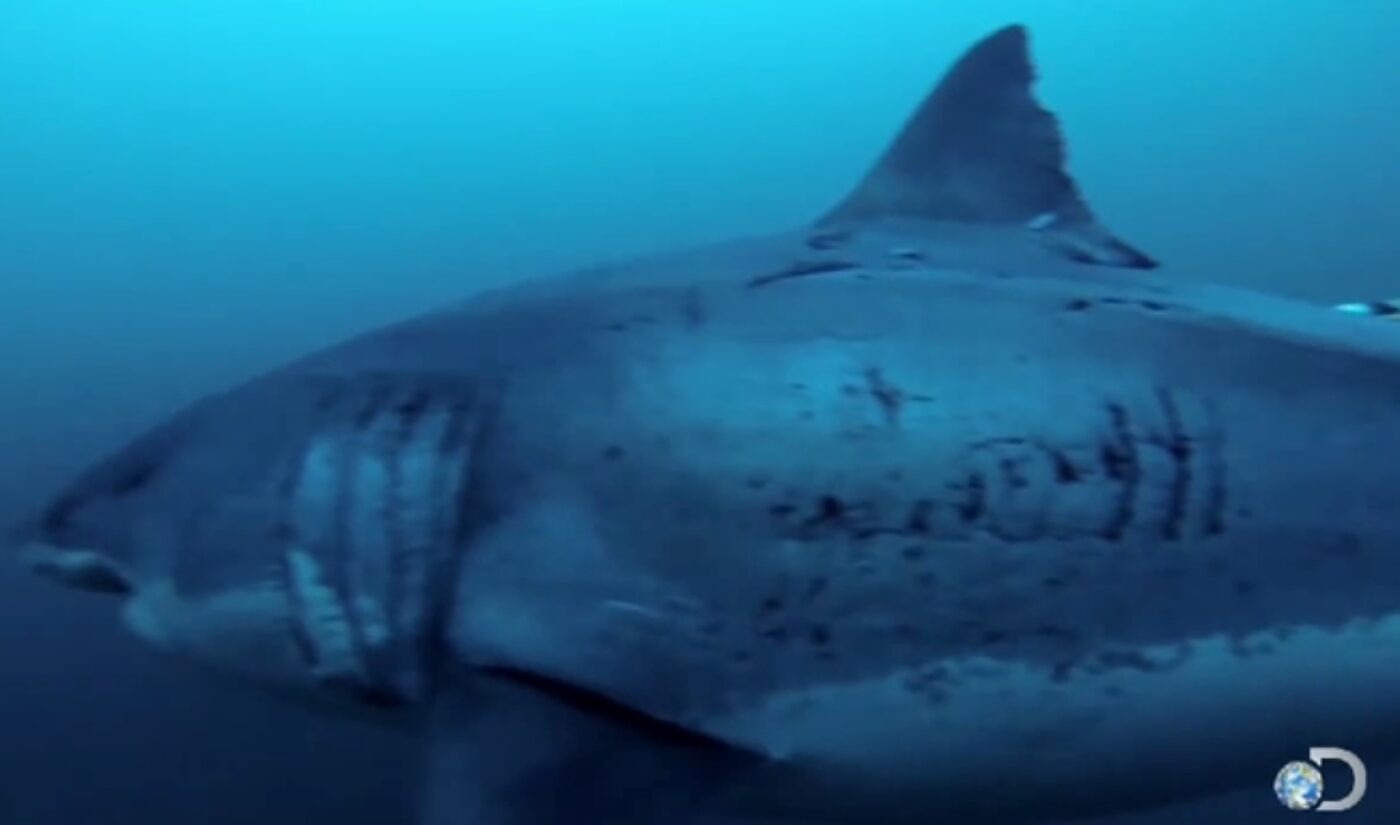 For the past 26 years, the Discovery Channel has dedicated one week in the middle of the summer to the kings of the Chondrichthyes: Sharks. Discovery’s Shark Week has become a global phenomenon that expands well beyond a single cable channel. This year, plenty of YouTube channels have taken Shark Week as an opportunity to make their own shark-themed videos. Here are seven that caught our eye:

ABC’s flagship late-night program got in on the Shark Week action by poking fun at the great lengths Discovery will go to in order to fill its programming slate. In this video, ominous Jaws music is paired with a montage of clips featuring the deadliest creature in the world: the spork.

SourceFedNERD sent Trisha Hershberger and Matt Lieberman to Hermosa Beach to check out Discovery’s FinFest 2014, where shark tanks, booths, and mascots attract Shark Week fans. Viewers are treated to some shark facts, which Trisha and Matt often scream into the camera for dramatic effect.

5. Has Shark Week Jumped The Shark? by Nerdist

Shark Week is a yearly tradition, but it is not without its detractors. In a recent episode of Nerdist News, Nerdist science editor Kyle Hill joins host Jessica Chobot to talk about the deceptive editing tricks Discovery uses and the effect this sensationalized programming has on shark conservation efforts.

For its latest top five countdown, Jukin Video reached into its huge vault of viral videos and pulled out five that feature hair-raising shark encounters. I’m sure the guy who battled a hammerhead for a fish repeats that story at every party.

3. Shark Week For Sharks by Fatawesome

The sketch comedy team at Fatawesome often have reality cable TV on their minds, and Shark Week gave them a perfect opportunity to show things from the shark’s point of view.

2. What If There Were No Sharks? by It’s OK To Be Smart

Joe Hanson, the host of PBS Digital Studios’ It’s OK To Be Smart, is another creator who doesn’t hold Shark Week in the highest esteem. He believes that Discovery’s programming paints sharks as dangerous monsters while ignoring the number of sharks that are hunted by humans. As a thought experiment, he imagines a world without sharks and paints a picture of an ecosystem thrown into disarray.

1. One Of The Biggest Great Whites Ever Filmed by Discovery

Sure, there’s plenty of Shark Week programming that is overdone and sensationalized, but the bottom line is that sharks are cool, and videos like this one serve as proof. It would be inappropriate to put any other channel in the top spot. After all, without Discovery, none of these other videos would exist, for better or for worse.

What is your favorite Shark Week video? Let us know and check out previous Countdowns here.