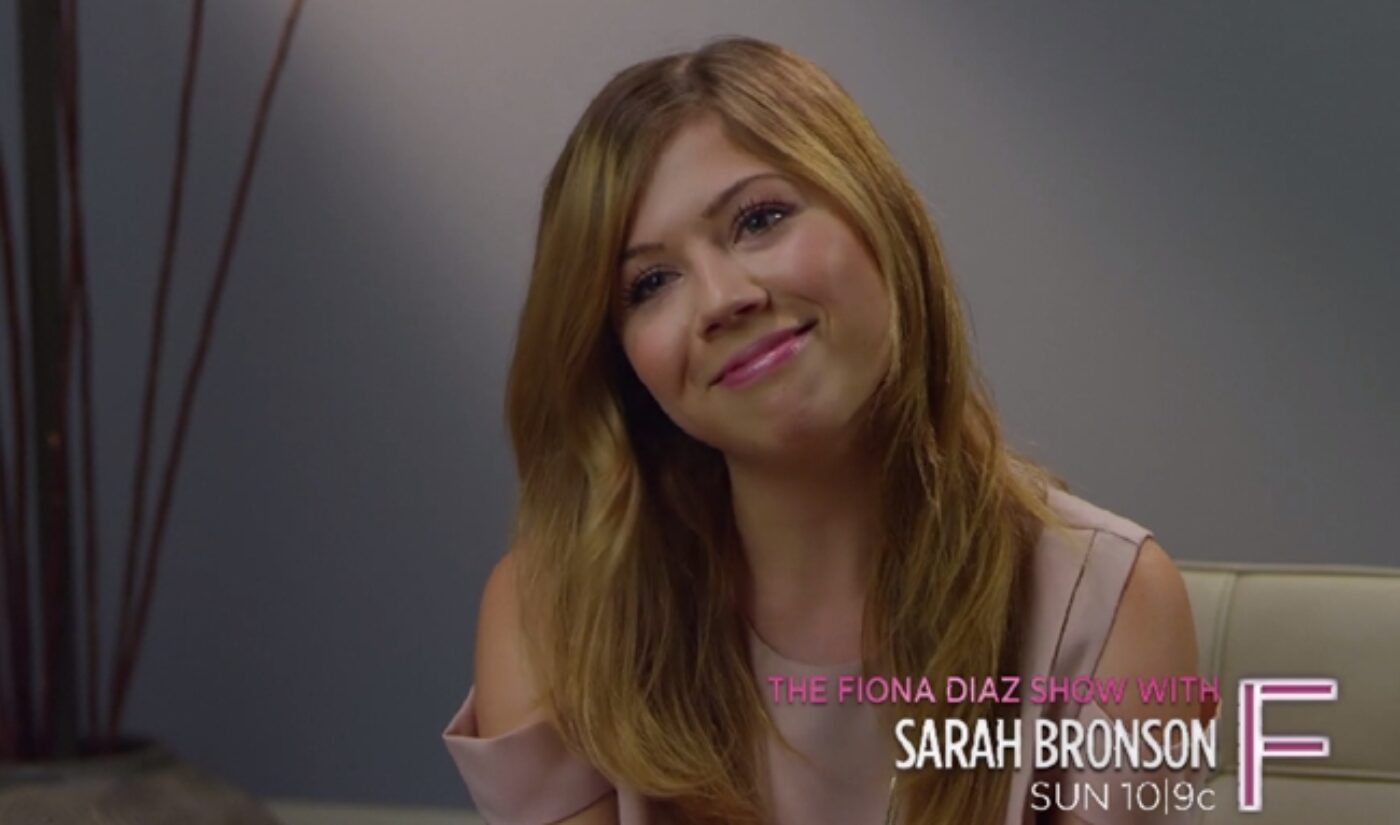 What do you do when you’re a one-time teen star whose signature show has left the air? If you’re former iCarly star Jennette McCurdy, you create a web series about your life. McCurdy is the writer and star of What’s Next For Sarah, a new series that is centered around a former teen idol who has reached a crossroads.

The protagonist of What’s Next For Sarah is Sarah Bronson, whose on-screen life has many parallels to McCurdy’s. Both spent five years on TV before departing their signature roles (iCarly aired its final episode in 2012), and both must now figure out what their adult careers will look like. In Sarah’s case, her show is abruptly cancelled, and she spends each episode dodging phony character after phony character. In the debut, Sarah sits for an interview with a reporter and follows that up by meeting with her agents.

This phoniness is a central part of McCurdy’s plan for What’s Next For Sarah. “My goal was to exaggerate some of the more classic Hollywood archetypes — the phony reporter, the insincere agent, the duplicitous casting director — and heighten them to a surreal extent that we can all laugh at,” she said. “We all have those moments where we feel like the world is entirely crazy, and we’re the only sane person.”

McCurdy describes the resulting series as “light-hearted,” but there’s definitely a deeper layer in play here. McCurdy has played the character of Sam Puckett since she was 15, and now that iCarly spin-off Sam & Cat has also bit the dust, she needs to figure out where her career will take her. That must be a nerve-wracking experience, and that anxiety is present in What’s Next For Sarah. It’s a pleasantly entertaining web series that shows McCurdy’s range beyond Nickelodeon.