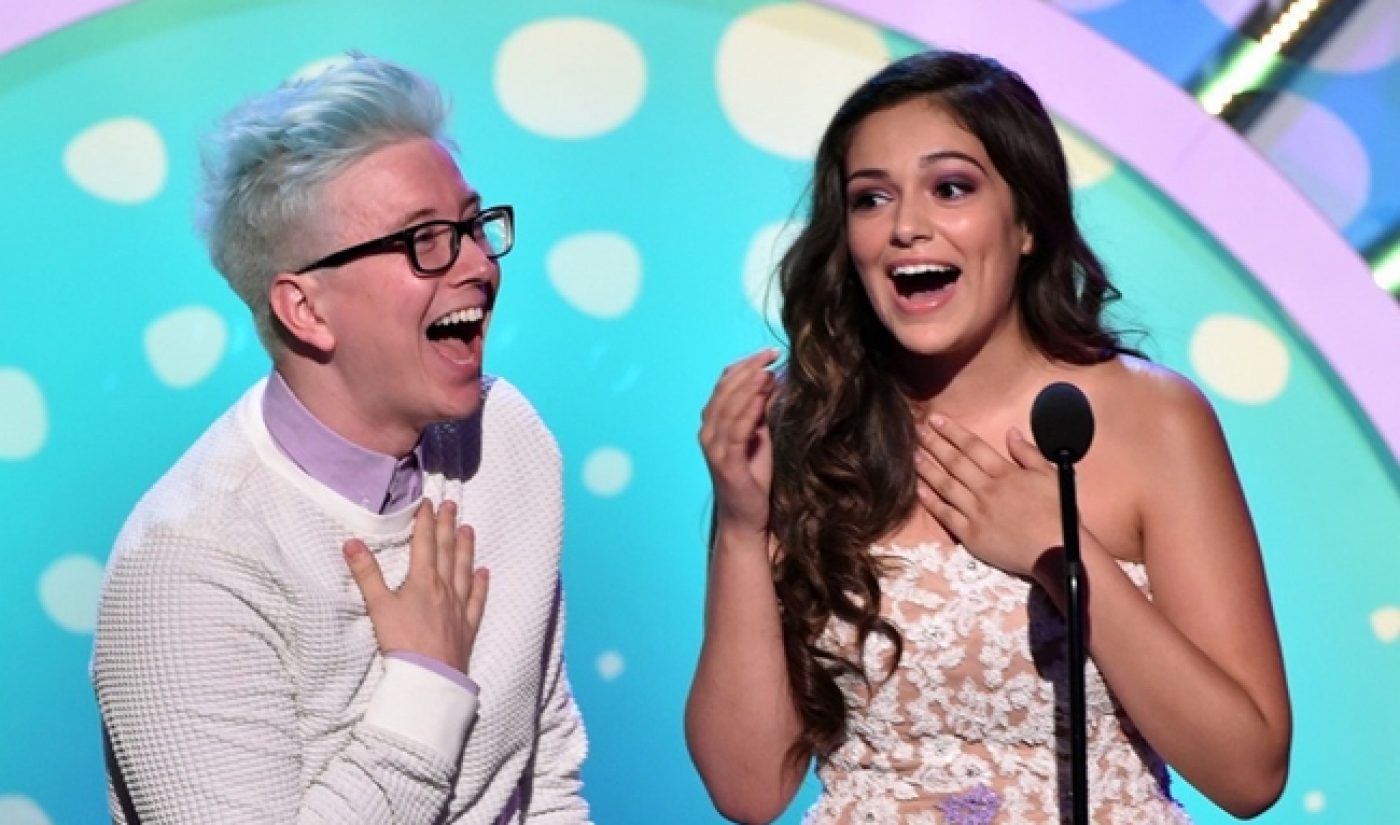 The 2014 Teen Choice Awards went down on August 10th. In a fitting result, the most popular teenage content creator on YouTube took home a top award. Young fashion icon Bethany Mota was chosen as Choice Web Star: Female, while Tyler Oakley took home the award in the corresponding male category.

This year marked a major expansion of the Teen Choice Awards’ web categories. Between 2010 and 2013, the entire online video community was grouped together within the Choice Web Star category, which Cimorelli won last year. In 2014, teenage voters chose their favorites in eight different web-related categories.

Two of the new categories honored Vine stars. Musician Shawn Mendes, fresh off an impressive climb to the top of the iTunes charts, earned the trophy for Choice Web Star: Music, while 19-year-old heartthrob Cameron Dallas scored a win in the Choice Viner category. Despite that victory, Dallas’ fans caused some typical teenager drama. They felt he should have Choice Web Star: Male as well, a sentiment they shared en masse on Twitter.

The YouTube community had its share of winners as well. Our2ndLife (O2L), Zoella, and PewDiePie all emerged victorious; they won in Comedy, Fashion/Beauty, and Gaming categories, respectively. Oakley was the only web video star to win multiple awards. A video he made with Troye Sivan was voted Choice Web Collaboration.

Both Oakley and Mota tweeted thanks to their fans after learning of their respective victories. A full list of winners from the event (which spanned more than 80 categories) can be found over at Variety.