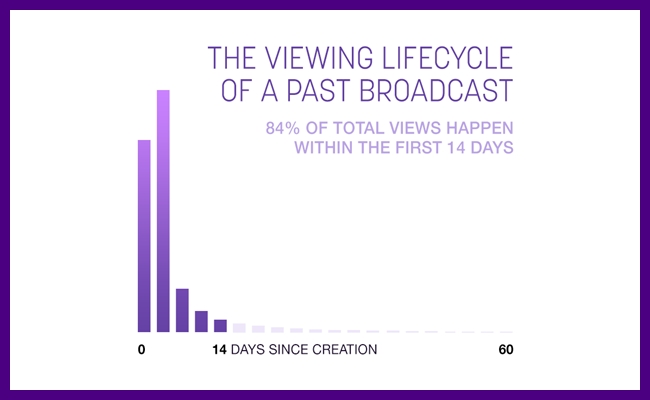 If anonymous sources are to be believed, YouTube has agreed to purchase video game live-streaming platform Twitch for $1 billion. While neither YouTube nor Twitch has confirmed the deal, the latter company is making some significant changes. In particular, it has announced that archived videos from the site’s non-paying members will now be deleted after two weeks.

As with the Twitch Live Annotations feature YouTube debuted in June, the new archived video policy brings the soon-to-be-united video platforms closer. As VentureBeat explains, most Twitch viewers watched archived videos on YouTube anyway. Twitch does most of its business through its streams, where viewers directed the majority the 12 billion minutes they spent on Twitch in 2013. The new policy establishes a clear dichotomy for gaming video fans: Twitch for live streams, YouTube after.

The status of archived videos isn’t the only thing changing on Twitch. The company has also shuttered Justin.tv, its former parent company. Justin.tv, launched in 2007, allowed users to live stream video on their personal channels. Twitch spun off from that service 2011 and quickly gained more popularity than its forbearer had ever achieved. In early 2014, Justin.tv and Twitch were reorganized under the Twitch Interactive banner, and Twitch has now decided to discontinue Justin.tv in order to focus on the Twitch service.

YouTube’s billion-dollar acquisition of Twitch was first rumored in May. The two companies haven’t offered any new comments on the potential deal since then.