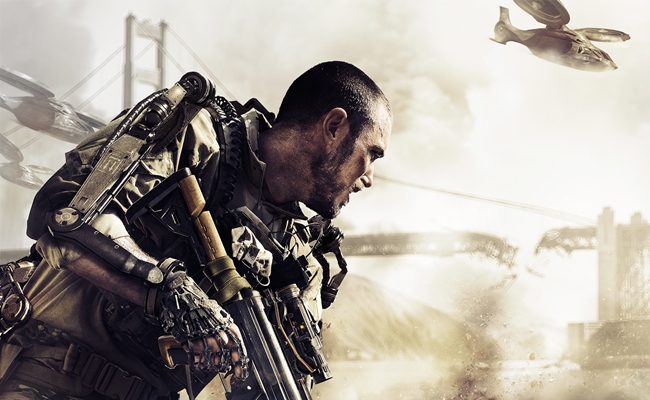 YouTube has released the latest edition of its quarterly Trailer Leaderboard, and a popular video game series sits at the top. The launch trailer for Call of Duty: Advanced Warfare notched close to 21 million views between April and June, outpacing the next-most popular trailer by nearly three million views.

Call of Duty has always been a favorite of the YouTube gaming community, so Advanced Warfare‘s position in the Trailer Leaderboard is no surprise. A trailer for Mortal Kombat X also had a big Q2, scoring more than 10 million views and the #3 spot. This contrasts sharply with the Q1 Trailer Leaderboard, where just one video game made the top ten. This trend can be partially traced to E3; the biggest event on the video game industry’s calendar takes place each June.

In general, this edition of the Trailer Leaderboard saw smaller view counts than the Q1 edition, a decrease that can be traced to Q2’s relative lack of blockbuster movie trailers. Seven trailers surpassed 10 million views in Q1, but only one–the third trailer for X-Men: Days of Future Past, which scored more than 18 million views–reached that mark in Q2. Next quarter, more trailers will arrive for big-budget holiday movies, which should push the average view count back up. For instance, a new teaser for Mockingjay has already drawn nearly 10 million views in just two days.

Here is a chart displaying the top 10 trailers in this quarter’s leaderboard: