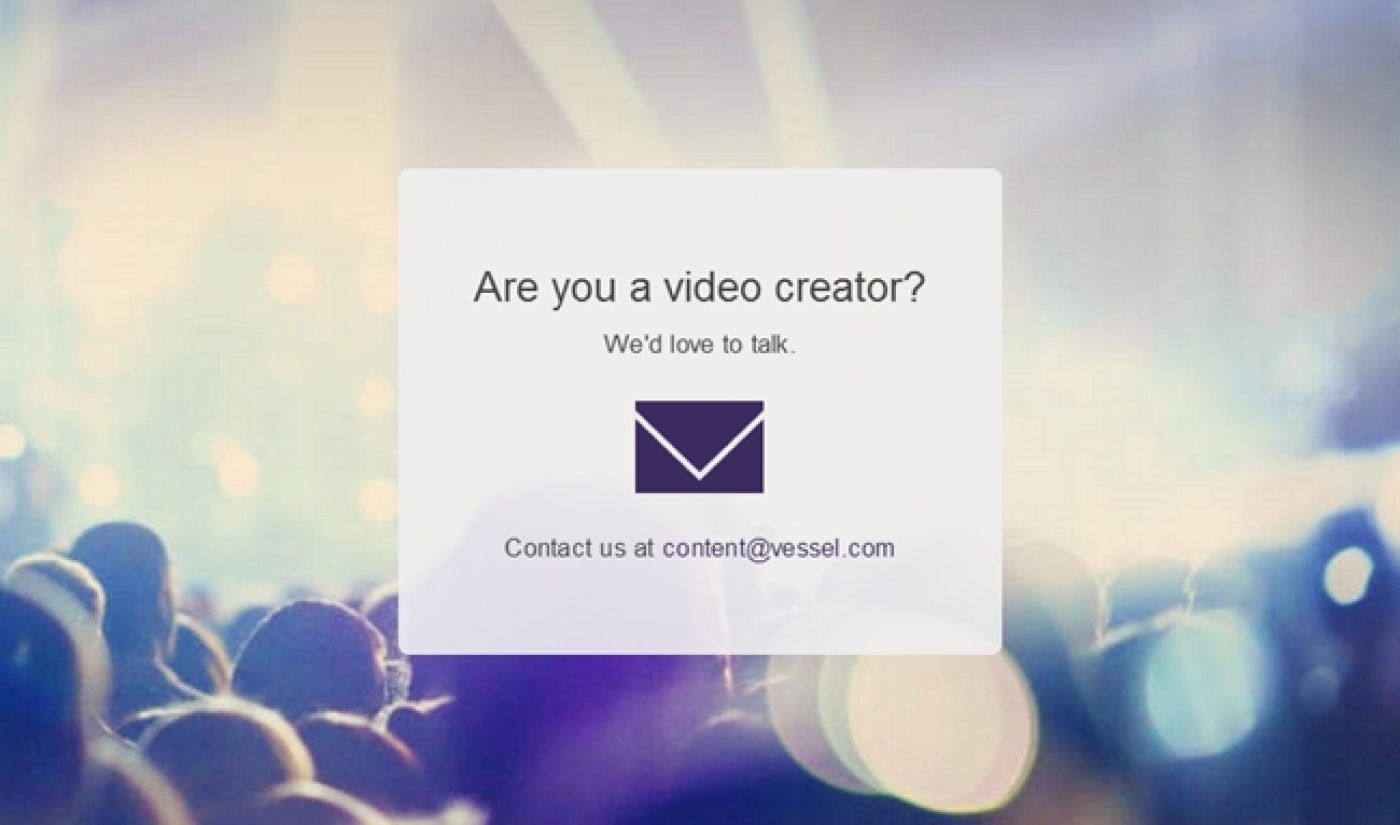 Last month, we learned that former Hulu boss Jason Kilar‘s new startup, Vessel, has already raised a reported $75 million from investors. Now, we’re hearing rumblings of at least one place where Vessel will spend its money: The YouTube community. According to a new report from The Information, Vessel is looking to lure away some of YouTube’s top content creators by offering them more money than what they make from YouTube.

Many YouTube content creators have long expressed their discontent with YouTube’s ad revenue split, but no platforms have emerged to offer a suitable alternative for creators who want to make more money while keeping their audiences intact. Vessel likely wants to use its deep pockets to lure away more than one of these disgruntled channels. If that strategy sounds familiar, it’s because Yahoo is reportedly trying the same thing.

Vessel may also offer some of its funds in exchange for 30-day periods of exclusivity. That is also an idea with which some platforms have experimented; for instance, Facebook struck a deal with Ray William Johnson so that he would debut the first episode of his Riley Rewind web series there rather than YouTube. For creators who aren’t willing to ditch YouTube entirely, this could be a more appealing option.

Of course, even if Vessel poaches some top talent, it may not remove YouTube’s influence entirely, since YouTube has reportedly chatted with some of its biggest stars about ways in which it could fund content that does not appear on its site.

All of this information is still based on reports and conjecture, so we’ll have to wait for Vessel’s plan to take a clearer shape before we can tell how big a threat it poses to the YouTube ecosystem.