‘Seinfeld’ May Soon Be Headed To Netflix 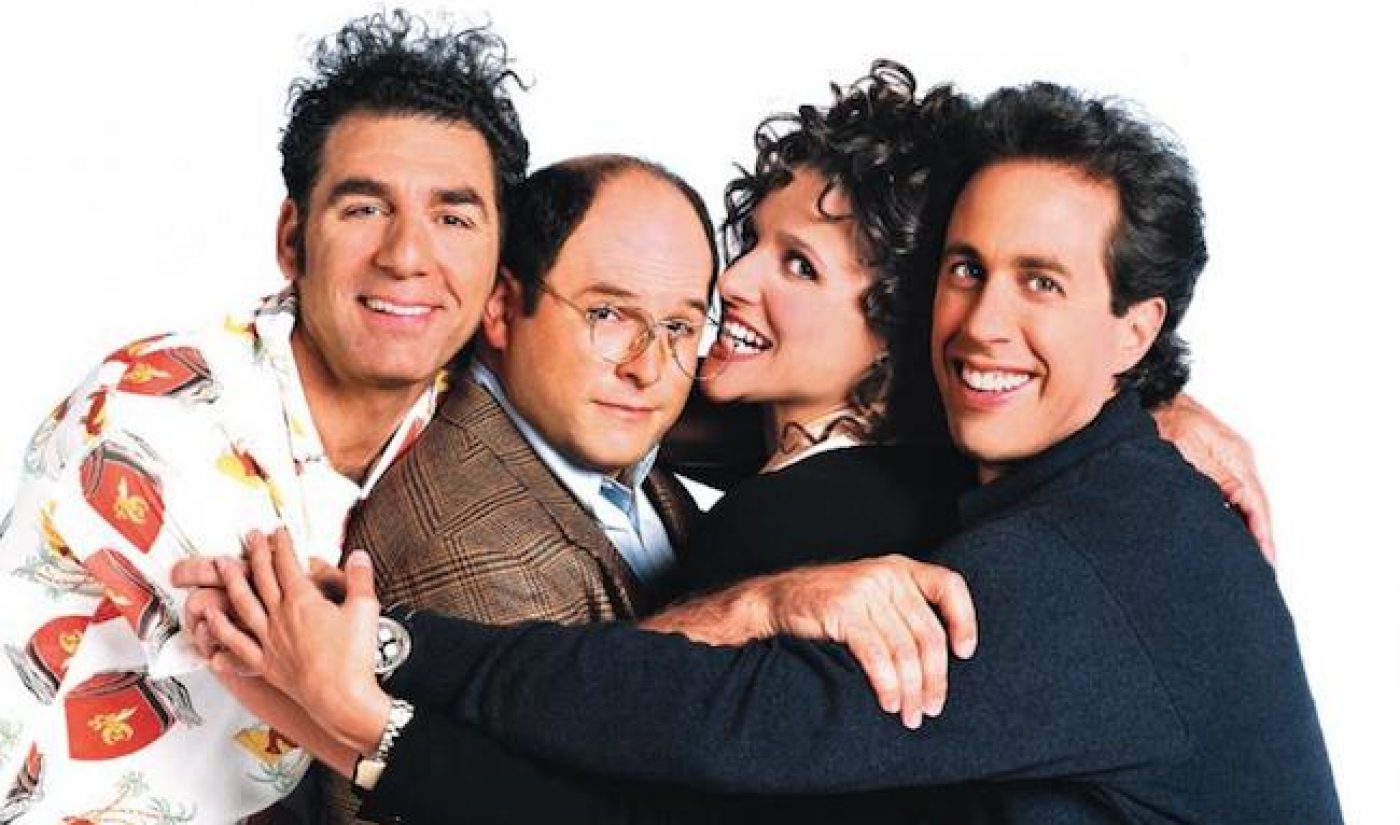 Jerry Seinfeld recently revealed he’s in negotiations with Netflix to bring his eponymous hit television show to the premium online video streaming service. The news came by way of Seinfeld’s Reddit AMA, the “Ask Me Anything” question and answer session that’s quickly becoming a celebrity’s favorite place to reveal his or her otherwise unreported ongoings.

The final episode of Seinfeld aired on NBC way back on May 14, 1998. Since then, 180 episodes of the hit TV series that received well over 30 million viewers per episode in its prime have had a very lucrative and successful run on the US cable television syndication market. The collective nine seasons of Seinfeld have generated a reported $3.1 billion in revenue after the series finale, hence the reason why you can’t yet find episodes for sale or streaming on iTunes, Amazon, Netflix, and/or other online video download and viewing services. The show is still doing very well on television 16 years after it stopped airing new episodes.

Seinfeld connoisseurs and casual viewers can currently consume the program by way of their local TBS television listings or purchasing the complete Seinfeld series DVD set for upwards of $279. That could all change in the near future, however, if Netflix offers Seinfeld, Larry David, Warner Brothers, and other stakeholders in the show an enticing enough offer.

This isn’t the first time Seinfeld has either let loose or hinted at big Seinfeld news on Reddit. In January during another AMA, the comedian teased his Comedians In Cars Getting Coffee Super Bowl spot. All in all and regardless of whether or not Seinfeld the series ends up on Netflix, Seinfeld the man is amassing some serious internet savvy.