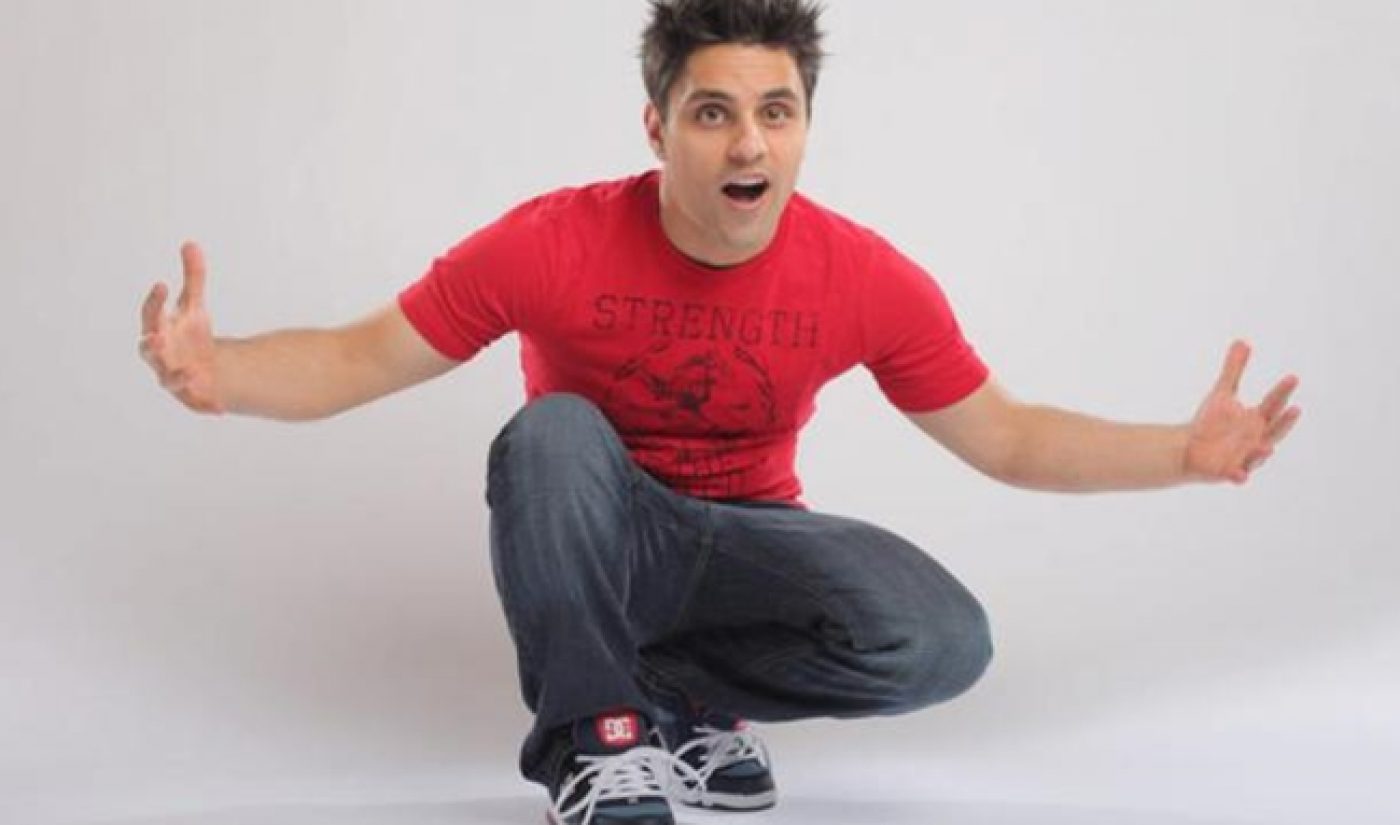 Ray William Johnson is no longer the host of the web series that brought him an audience of more than 10.6 million subscribers, but he believes he has found an able replacement. According to Variety, Johnson has announced the new host of clip commentary show =3, passing his former role to 20-year-old college student Robby Motz.

Motz, who hails from L.A. and currently attends Muhlenberg College in Pennsylvania, has no real online video presence of his own. A quick YouTube search of his name brings up an acting reel and little else. In handing Motz the keys to one of the most popular channels on YouTube, Johnson passed up several more well-known candidates. When the new host’s torso was revealed in a July 3rd teaser image, several viewers speculated that it would be YouTuber Jack Douglass who would host the new =3. Instead, Douglass will continue to mock bad grammar on his Jacksfilms channel while Motz will poke fun at viral videos on =3.

Despite Motz’s nonexistent YouTube pedigree, Johnson believes his choice to be the correct one. “We really like him and thought we’d change his life,” he told Variety. “He’s charming, good at performing and he seems smart.” Johnson also noted Motz’s ability to take criticism in stride. “It’s hard to perform right out of the gate and have people call you the most horrible things humans can call you,” he said.

Johnson will write and direct =3 until Motz is able to handle the show himself. Once this transfer is complete, Johnson will focus on other projects, such as his role in the upcoming film Who’s Driving Doug.

Motz’s first episode as =3 host was initially planned for a July 15th release, but it was pushed back a day due to some snags in the editing room. As soon as the episode arrives on Johnson’s channel, we’ll embed it here, so be sure to check back for updates.