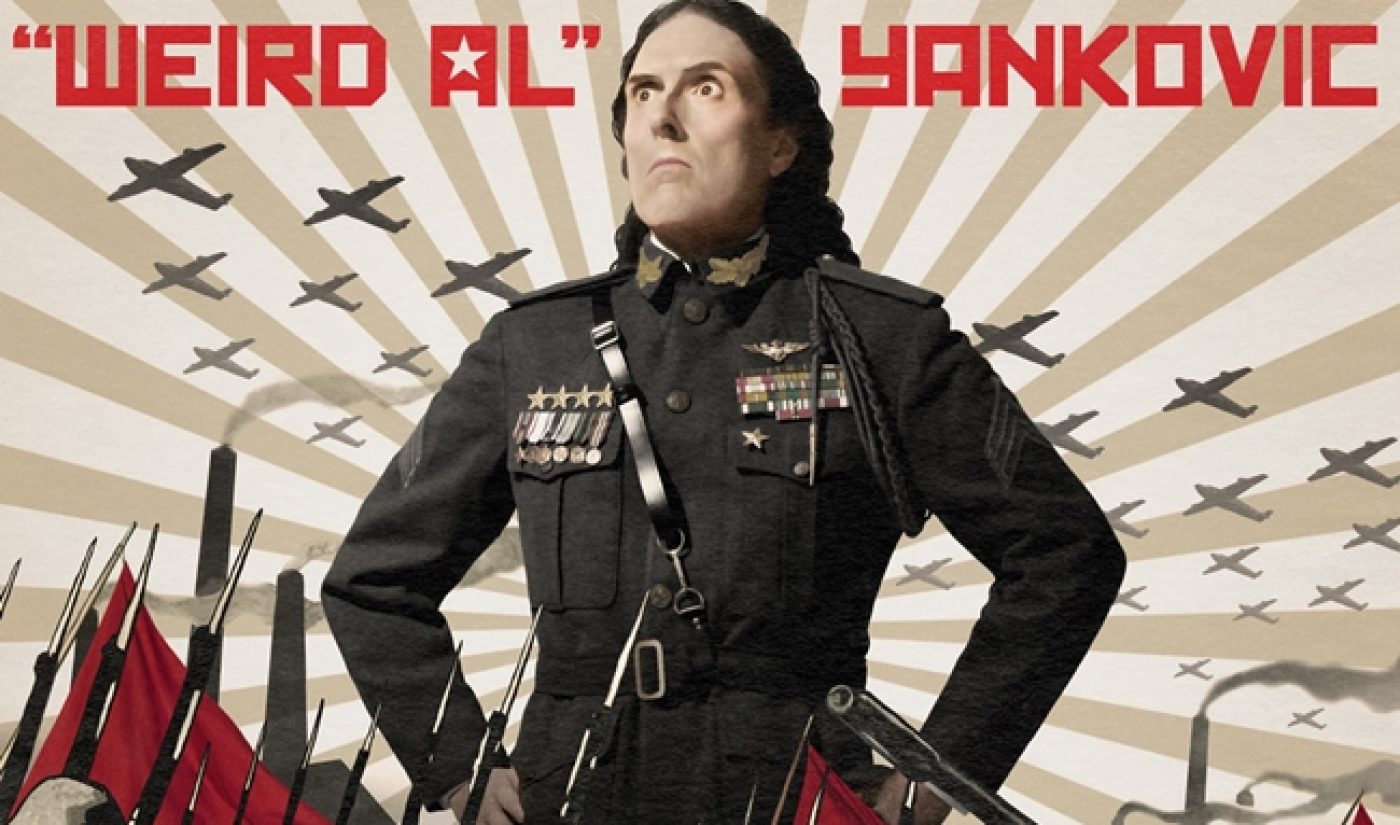 A month after he guest starred on Epic Rap Battles of History, “Weird Al” Yankovic released Mandatory Fun, his fourteenth collection of song parodies, original compositions, and accordian-fueled polka medleys. A new album from the beloved musical comedian would be an event worth celebrating even if Yankovic did nothing to hype it up; instead, he has taken his album release to the next level through eight new music videos to be released across eight days.

This project, dubbed #8videos8days, highlights songs on Mandatory Fun. The first video, titled “Tacky“, is a parody of Pharrell’s “Happy”. It was first released through Nerdist (where Yankovic previously hosted his own web series) and features loudly-dressed cameos from Aisha Tyler, Margaret Cho, Eric Stonestreet, Kristen Schaal, and Jack Black.

Mandatory Fun‘s release day brought with it a second video, in which Yankovic takes aim at Robin Thicke. Yankovic’s version of “Blurred Lines” is called “Word Crimes“, and it admonishes those who use poor grammar, spelling, and syntax.

The #8videos8days project displays Yankovic’s savvy approach to online video. His career began a decade before the dawn of the Internet, but his parodies are tailor-made for YouTube audience. In order to take advantage of this potential audience, Yankovic has tweaked his approach, creating songs and videos that are outside the box when compared to other parodies.

“When I do my parodies, because of YouTube, I’m never the first person to do a parody of a certain song,” Yankovic told NPR. “And all the obvious ideas seem to be taken already, so nowadays when I do a parody I try to think of an angle that might be a little bit different or left-of-center that somebody else hasn’t thought of already. And I don’t think anybody, to this point, had done a “Blurred Lines” parody about proper use of grammar.”

Sure enough, the first two videos from Mandatory Fun are wonderful. They’re full of Yankovic’s eccentricities and based around original concepts. When it comes to parodies, the rise of YouTube hasn’t changed anything: “Weird Al” is still the master.