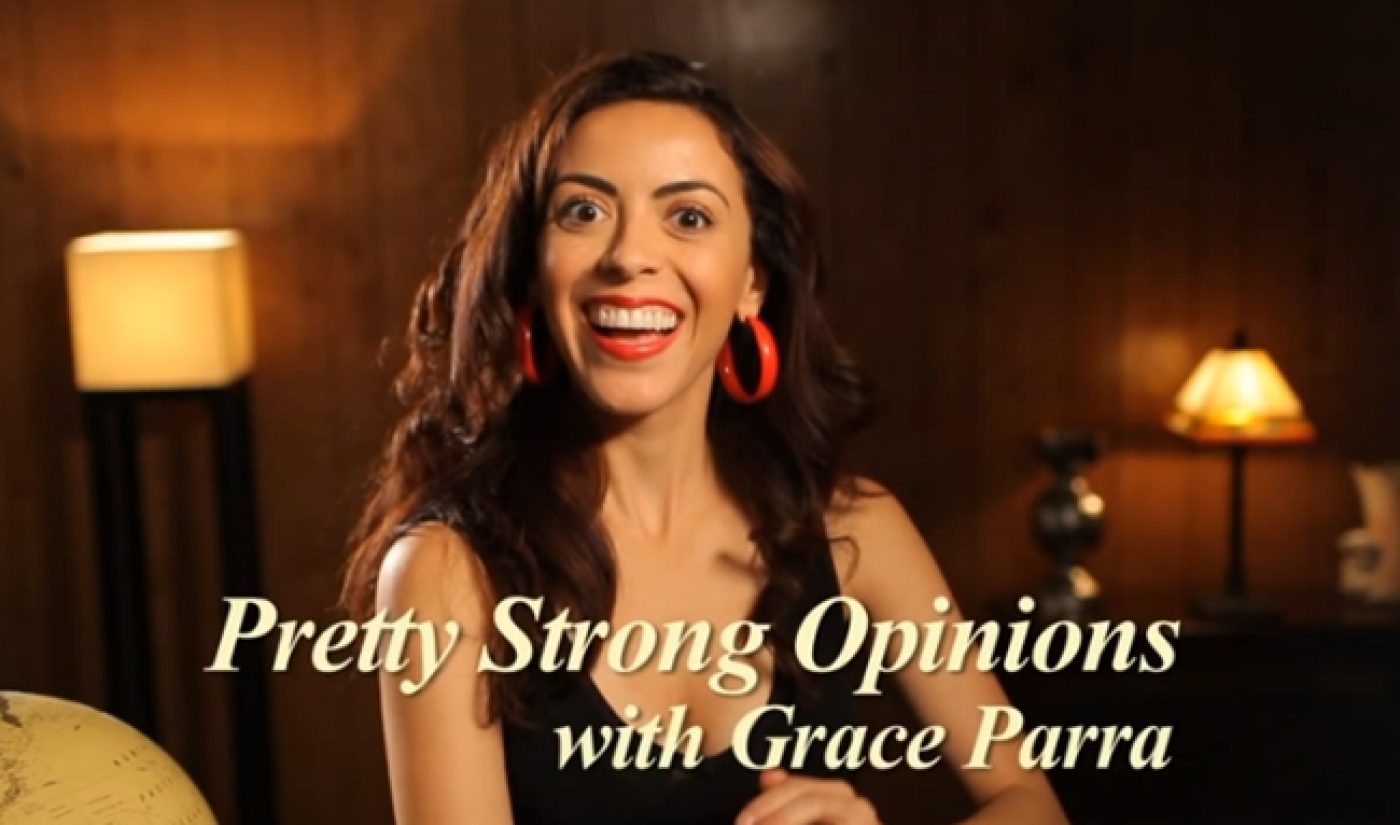 An LA-based political writer is out to prove Jon Stewart and Stephen Colbert don’t have a monopoly on mock news. Grace Parra is the host of Pretty Strong Opinions With Grace Parra, a satirical program that puts a spin on The Daily Show’s signature format.

Pretty Strong Opinions will look familiar to fans of Comedy Central’s late-night tag team. Sure, there’s no glitzy set, studio audience, or swooshing graphics, but  Parra’s unafraid, lucid takedown of political stupidity uses the same style that has made Stewart and Colbert (and, more recently, John Oliver) into household names. She even has her puns down pat; the first episode, which discusses the anti-immigration protests in Murrieta, California, is titled “Batten Down The Snatches“.

Parra’s own beliefs are rooted at the center of Pretty Strong Opinions. “I find that in the realm of political comedy, female writer-performers, especially minority females…are sorely, sorely underrepresented,” she wrote in an e-mail. “The kinds of political comedy videos that go viral are almost exclusively at the hands of your Colberts, Olivers, and Stewarts, and I think the opinion I offer here is one that none of these guys (adept as they are at their jobs) can replicate.” Sure enough, the monologue at the center of “Batten Down The Snatches” is a passionately feminist manifesto that pushes the issue a little farther than Stewart and Colbert tend to take it.

No matter how you feel about Parra’s politics, the bottom line is that Pretty Strong Opinions is funny. Parra’s jokes hit more often than they miss, and they lead the show into strong territory–even if it may rustle some jimmies.