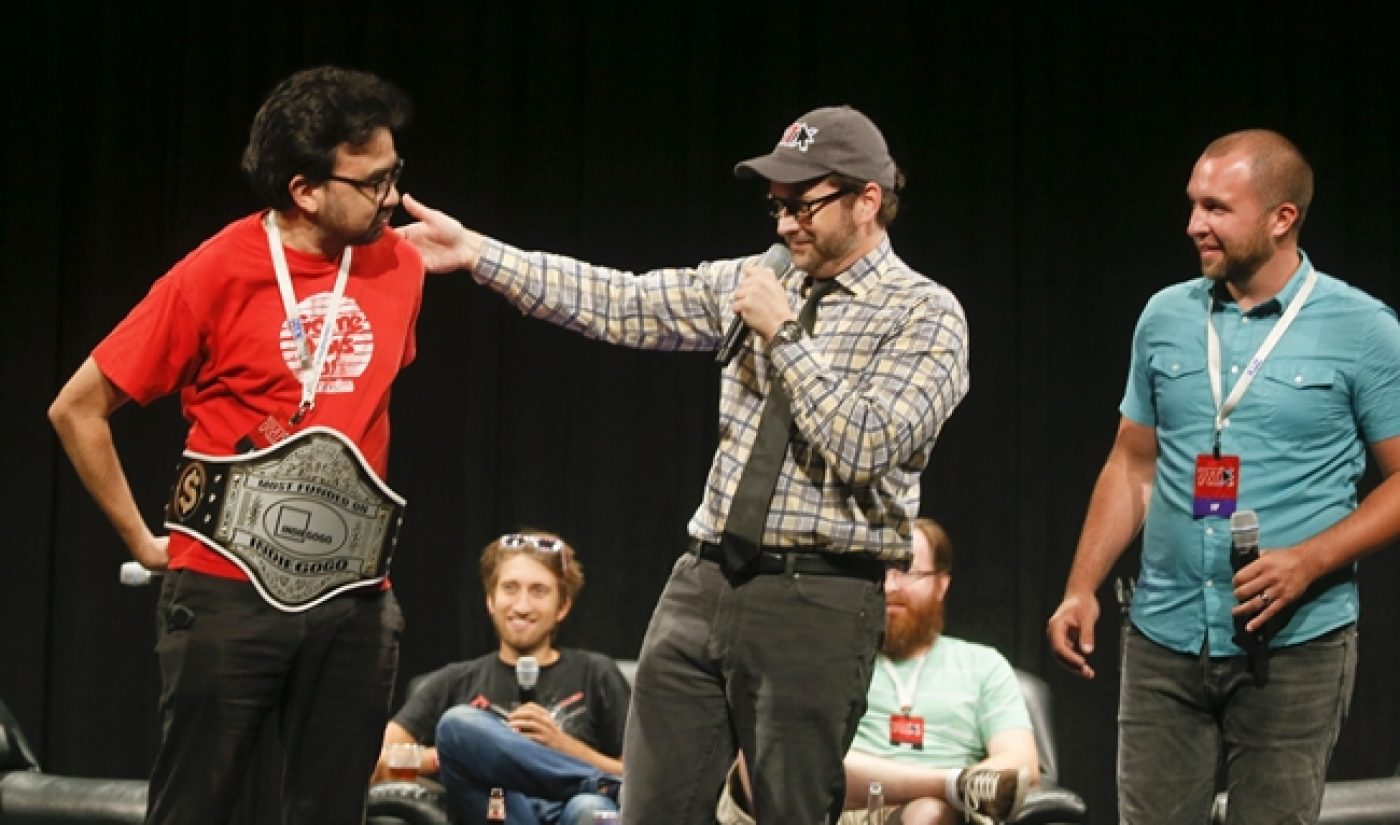 A month after its launch, Rooster Teeth‘s first-ever Indiegogo campaign has closed, and it has brought home a record-breaking amount. The project, which raised money to fund a feature film called Lazer Team, ended up hauling in $2,480,421, making it the most funded film campaign in Indiegogo history.

The Lazer Team campaign began on June 6th and roared out of the gate. It met its initial $650,000 goal in just ten hours, but that did not slow it down. The campaign passed $1,000,000 a few days later and trumped Wil Wheaton’s TableTop campaign (which had previously served as the most-backed Indiegogo campaign related to web video) soon after that. The final days of the Lazer Team campaign coincided with Rooster Teeth’s annual RTX convention, where co-founder Burnie Burns and Gus Sorola (pictured above) were able to rally their troops for one final push. Ultimately, the $2.4 million total broke the record for the most-funded Indiegogo film campaign of all time, surpassing Gosnell and its $2.2 million total.

“Our audience has once again amazed us with their overwhelming, record-breaking support,” complemented Burns. “We are proud to be the #1 most funded film on Indiegogo… and with a totally new property. In a world filled with sequels and reboots, Lazer Team is a brand new IP being made possible by the people who want to see it. That is what crowdfunding is all about.”

The massive total allowed Rooster Teeth to reach a number of big-budget stretch goals. Among other add-ons, Lazer Team will now include “a critical scene that will take a significantly higher Visual Effects budget to produce.” That sounds like exciting news for Rooster Teeth fans, who will get their chance to see what they paid for when Lazer Team releases in the spring of 2015.