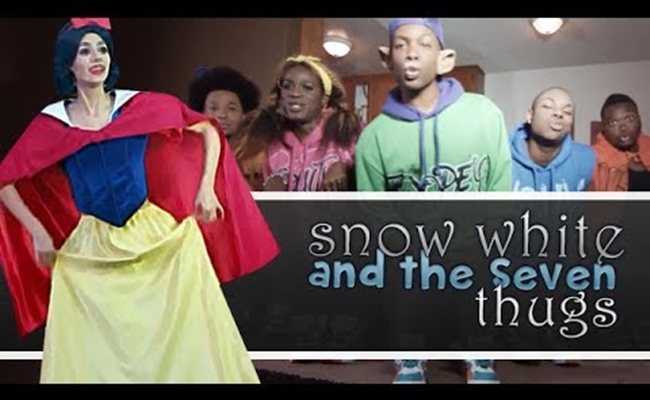 Todrick Hall has wowed YouTube viewers with a number of inventive, colorful musical productions, and his latest creation is among his best. Hall has enlisted a strong cast for ‘Snow White And The Seven Thugs’, a new musical that brings Disney to the hood.

‘Snow White And The Seven Thugs’ has a lot in common with Hall’s previous productions. It features a realistic, modern-day treatment of a Disney film, a plethora of colorful costumes, a urban sensibility, and a number of YouTube creators among the cast. Kingsley serves as the Magic Mirror and narrator, Victoria Justice portrays the Evil Queen, Joey Graceffa shows up as a prince, and GloZell steals the show as the witch who gives Snow White the poisoned apple.

‘Snow White And The Seven Thugs’ arrives at a key moment in Hall’s career. The 29-year-old former American Idol contestant is about to embark on his first ever tour, titled ‘Twerk du Soleil’. If Hall’s recent video is any indication, it figures to be a lavish spectacle.