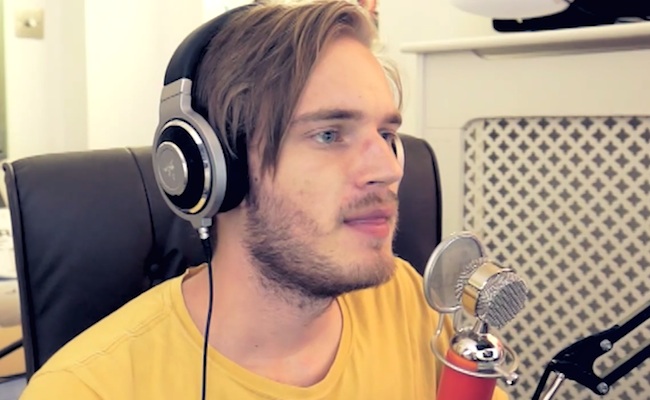 The 24-year-old Swede’s online video catalog of the occasional vlog, frequent Let’s Play gaming videos, and intermittent high-pitched, but charming exclamations hit the mark on June 23, 2014, just 33 days after the channel had achieved its 27 millionth subscriber. That means over the course of those 33 days, PewDiePie averaged roughly 30,300 subscribers per day, 1,262 subscribers per hour, 21 subscribers per minute, and one new subscriber every 2.9 seconds.

Like I mentioned above, PewDiePie scored his last million subscribers in 33 days. The million subscribers before those took 37 days to acquire. Kjellberg still isn’t back up to the unprecedented rate he witnessed in March 2014, when his channel scored a new subscriber every 1.2 seconds, but he is now getting new additions to his “Bro Army” faster than he was the month before.

So, maybe the online video world hasn’t reached Peak PewDiePie after all. And the rate at which the channel is still acquiring subscribers, amassing views, and generating revenue means PewDiePie will hold the Most Subscribed YouTube Channel of All Time title for some time to come.