Pentatonix Are Latest YouTubers To Join Cast Of ‘Pitch Perfect 2’ 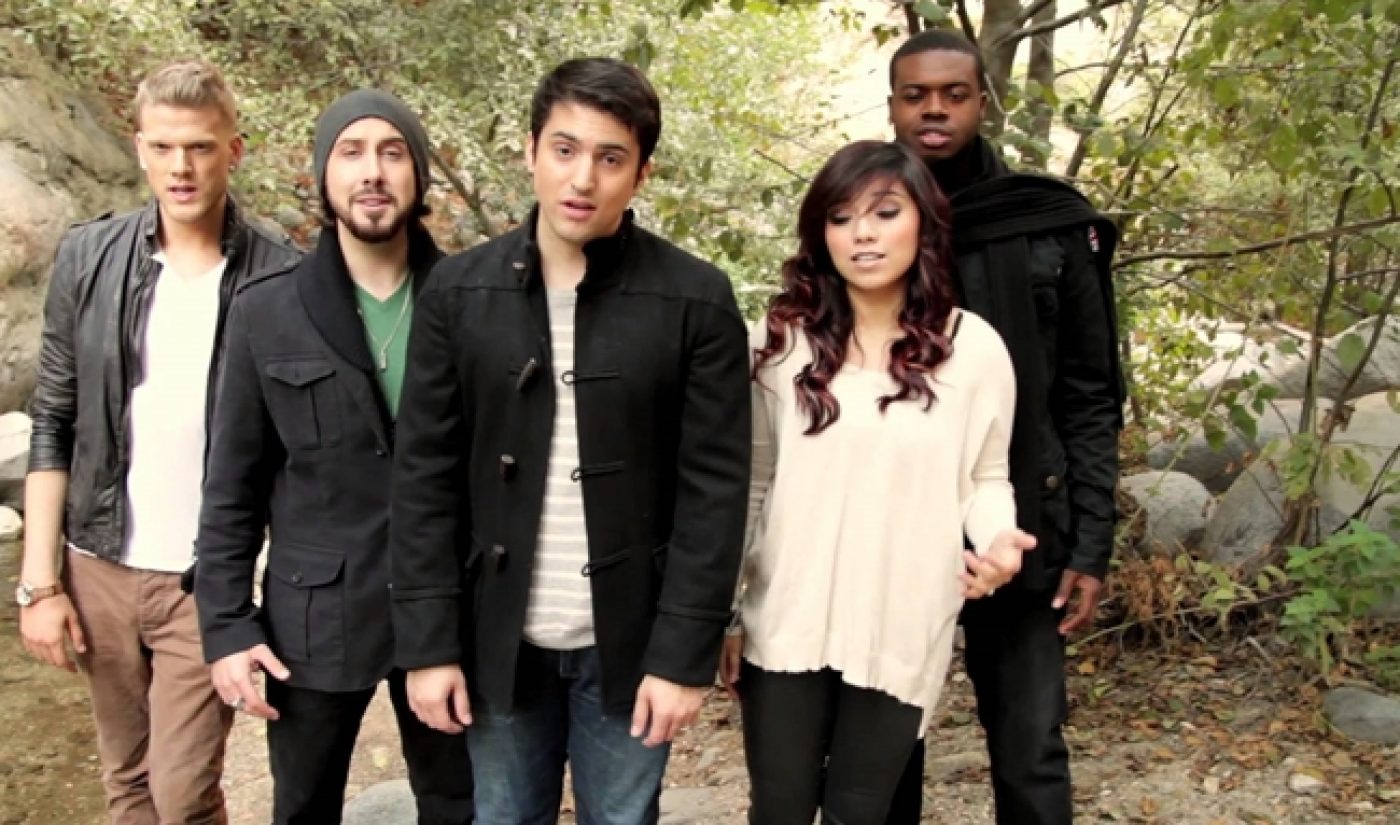 Pentatonix has gone from NBC to YouTube to the big screen. The five-person a cappella group from Dallas has landed a role in Pitch Perfect 2, where they will play a rival to Beca (Anna Kendrick) and her Barden Bellas.

Pentatonix–which consists of members Scott Hoying, Mitch Grassi, Avi Kaplan, Kirstie Maldonado, and Kevin Olusola–first came to public prominence in 2011 when they finished won the third season of NBC’s The Sing-Off. Since then, they have gather millions of fans on YouTube, where their perfectly-layered harmonies and eccentric costumes have helped them accrue nearly 500 million views.

Since rising to fame, Pentatonix has had TV appearances (including an adorable one on Sesame Street), but this will be the group’s first film role. In order to film their one scene, they spent 12 hours on set in Baton Rouge, Louisiana, where their roles included some extravagant costumes. “We’re wearing some pretty interesting things,” said Hoying. “You can definitely tell it’s the five of us, but what we’re wearing and who we’re portraying is definitely not Pentatonix.”

Pentatonix’s addition to the Pitch Perfect 2 comes a month after DJ Flula Borg joined the film’s cast. One reported speculated whether the musical YouTube creator would himself play an antagonist, though his role is not as clear cut as that of Pentatonix. As I mentioned in my write-up of the Flula casting, Pitch Perfect owes a great debt to YouTube, since songs like “Cups” have found a second life on the site.

From the looks of it, Pitch Perfect will feature plenty of goodies for YouTube fans. The film is due for release on May 15, 2015.