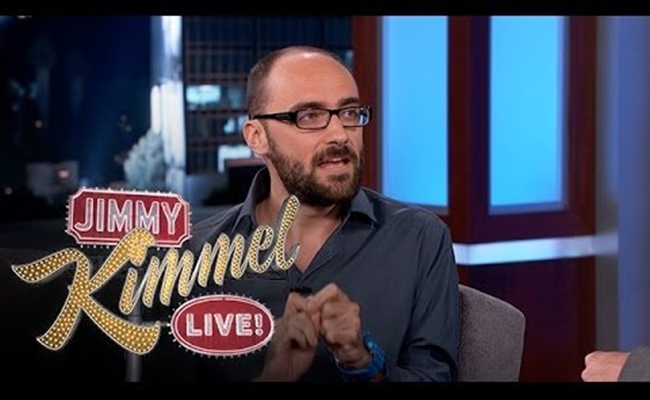 The man behind YouTube’s most popular educational channel has taken his brainy act to late night TV. Michael Stevens of Vsauce was a guest on the June 17th edition of Jimmy Kimmel Live.

Stevens, whose 7.3 million subscribers make him the 37th-most subscribed channel on YouTube, used his appearance to share some unusual facts with the ABC audience. Kimmel played the role of the uneducated rube as Stevens informed him about the deepest hole on earth and explained his fascination with the number of celebrity cells lingering on Kimmel’s couch.

Stevens’ YouTube videos, which are marked by his witty presentation and expansive scientific knowledge, regularly draw more than a million views. His latest video explains what would happen if the earth stopped spinning. Spoiler alert: it ain’t pretty.

Between Stevens’ channel and those of his colleagues Kevin Lieber and Jake Roper, the Vsauce YouTube network has notched more than a billion views. More importantly, the group’s videos are consistently among YouTube’s smartest, so it is wonderful to see Stevens receive a platform on national television.