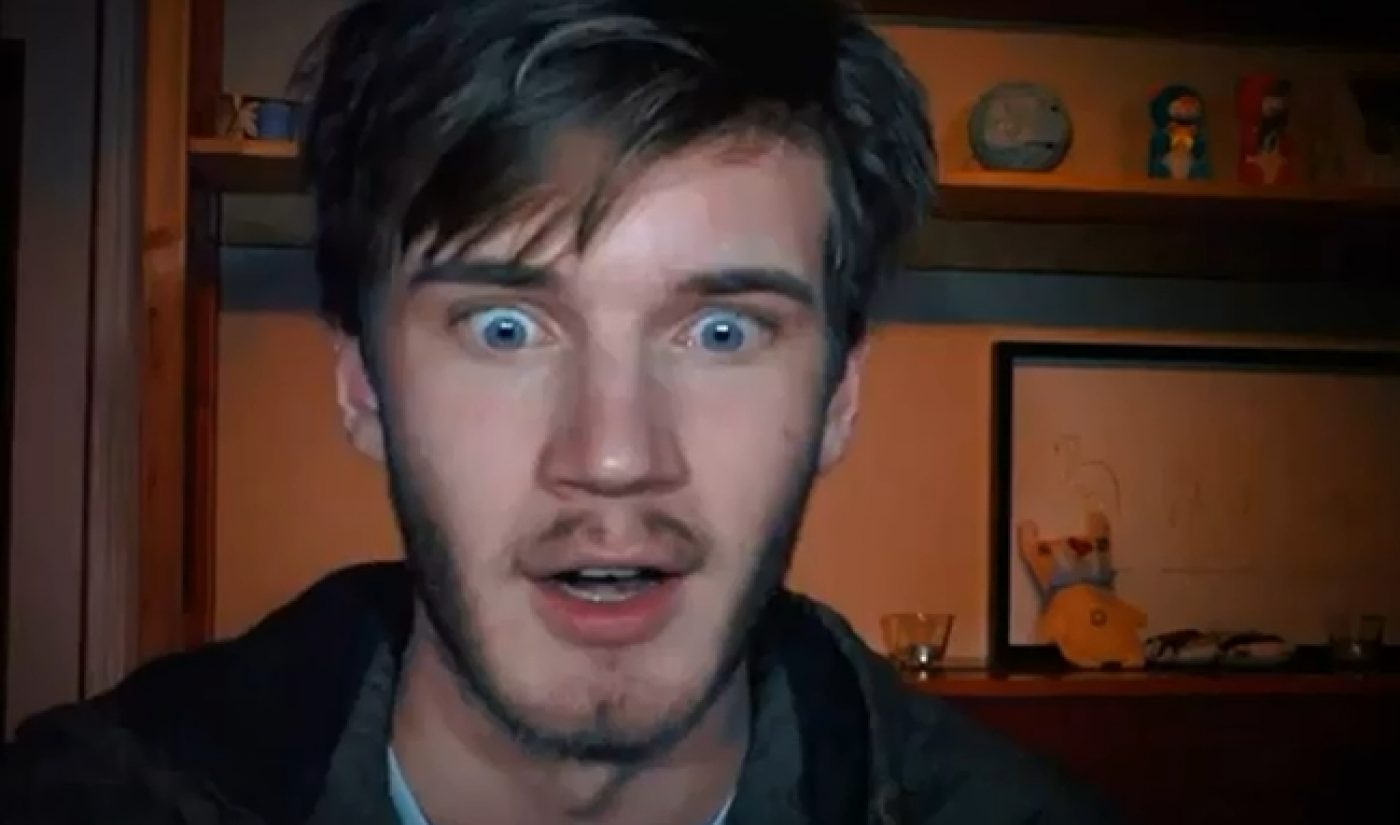 The Wall Street Journal has posted a profile of Felix Kjellberg aka PewDiePie, the Swedish gamer who claims more subscribers than any other YouTube channel. According to the article, the 24-year-old grossed $4 million in 2013, making him a real-life YouTube millionaire.

2013 was a banner year for Kjellberg. He regularly scored hundreds of millions of views each month, accumulated more than two billion of them for the entire calendar year, and frequently topped our YouTube charts. All of those views added up to $4 million in ad revenue, though that number doesn’t represent PewDiePie’s ultimate profit, since partner network Maker Studios takes a cut.

That $4 million figure may or may not include any branded videos or sponsorship deals; for instance, PewDiePie is currently working on a branded video for the upcoming movie As Above So Below. While the exact figure should be taken with a grain of salt, the bottom line is clear: PewDiePie’s high-energy act is netting him a lot of cash.

In addition to citing PewDiePie’s mind-boggling revenue, the article also includes a rare interview with the Swede, who usually lets his videos do the talking. While dressed in an adorable floral circlet, Kjellberg opened up about his life on YouTube and lamented the fact that his fame has come with such a polarizing public opinion.

“I’m so central to YouTube now, and that puts me in the spotlight and raises a lot of questions like ‘Why is he so big?'” Kjellberg said. “I’d much rather prefer to have something like 5 million subscribers.”

Instead of the modest total he desires, PewDiePie now has more than 27 million subscribers. While that’s a lot of pressure for one man, Kjellberg has more than just four million reasons to keep chugging along. In addition to cashing substantial checks from YouTube, the online video superstar regularly uses his massive audience and influence to raise awareness and hundreds of thousands of dollars for charitable causes.