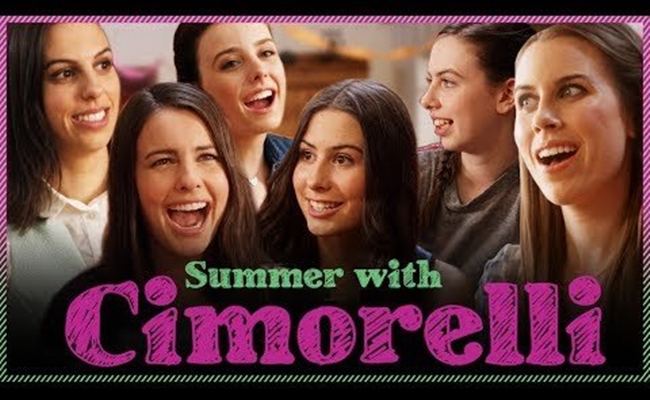 Subway is upping its online video presence, and a group of six sisters is one of the restaurant’s closest allies. As it looks to attach its brand to high-quality web series, Subway has sponsored Summer With Cimorelli, a teen comedy that stars the titular a capella group.

Summer With Cimorelli leverages Cimorelli‘s talent and its 2.6 million-strong audience. The series stars the six Cimorelli sisters as fictionalized versions of themselves who must get through an entire summer with little supervision. Subway’s branding is pretty hard to miss, as the girls open their series by throwing a sandwich-heavy party. The first episode has the look and feel of a typical Disney Channel series, which isn’t surprising. The series’ writer, Douglas Lieblein, also served as an executive producer on Hannah Montana.

Besides Subway, there are a lot of parties involved in Summer With Cimorelli. Content and Co. produced the five-episode series, and the AwesomenessTV network is offering plenty of support for its star singers. YouTube has pitched in its own support by hosting a live streaming kick-off event for the series at its LA creator space.

For Subway, Summer With Cimorelli is just the start of Subway’s branded web series plans. According to a report in the New York Times, the company also plans to sponsor more episodes of The 4 To 9ers, a web series launched in 2012 and also produced by Content and Co. As with Summer With Cimorelli, that series has its targets set squarely on teens, and while Subway wouldn’t disclose its online video budget, it is clearly making a serious investment in a younger audience.