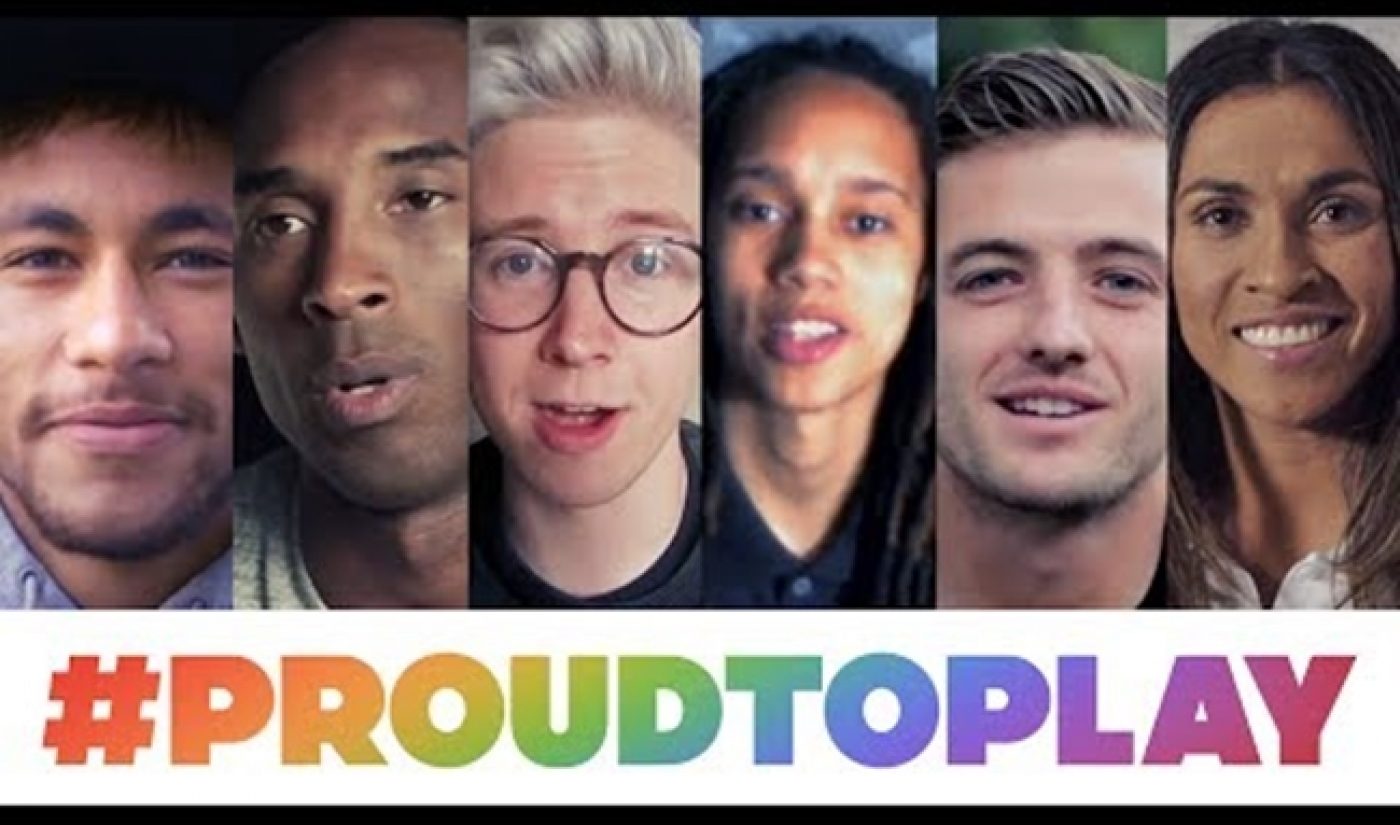 YouTube has established itself as a fervent supporter of the LGBT community, and for the second year in a row, the site has used Pride Month as a platform to promote LGBT awareness. This time, YouTube is particularly focused on LGBT athletes, who it has honored through a campaign called #ProudToPlay.

As explained in an accompanying blog post, YouTube chose to focus on LGBT athletes because of several relevant current events:

“From the Sochi Olympics to the recent NFL draft, this year has seen a growing, global conversation about the lesbian, gay, bisexual, and transgender (LGBT) community in the world of sports.  Many LGBT athletes are sharing their stories on YouTube, and the support they’re getting from teammates and fans has helped others find the courage to do the same… In celebration of the upcoming World Cup in Brazil and LGBT Pride month, we’re honoring the LGBT athletes, their supporters, as well as the YouTube Creators who stand up for diversity in sports and elsewhere—all of whom help create an equal and inclusive playing field for everyone.”

As with last year’s #ProudToLove campaign, the centerpiece of #ProudToPlay is a video on the YouTube Spotlight channel that reaffirms the site’s support of the LGBT community. The video’s stars include openly gay athletes, such as Jason Collins and Michael Sam; straight athletes who support their LGBT peers, such as Kobe Bryant and Neymar Jr.; and two of YouTube’s most popular LGBT creators, Hannah Hart and Tyler Oakley.

Beyond the main video, YouTube has also crammed its Spotlight channel with #ProudToPlay playlists. As Pride Month rolls on, viewers will be able to browse through videos from LGBT athletes, LGBT content creators, and the You Can Play project. All of this content shows that, as far as LGBT rights are concerned, YouTube is proud of its position.