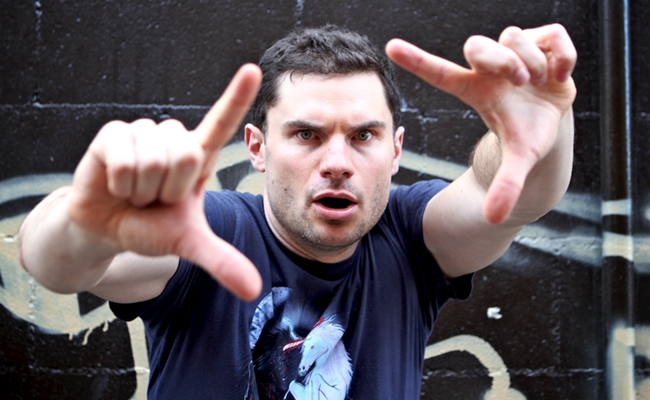 YouTube’s favorite German producer is coming to the big screen. DJ Flula Borg, who is known for his improvisational music, his goofy on-screen personality, and his frequent guest appearances on other channels, has landed a role in Pitch Perfect 2, the sequel to critically-and-commercially-acclaimed 2012 movie musical Pitch Perfect.

Borg’s exact role is unknown, though Deadline’s Jen Yamato–who first reported the news–speculates that he will be a member of a rival a capella team that will take on the film’s protagonists. As Yamato notes, that role would have star-making potential for Borg; Workaholics star Adam DeVine had a breakout role as the first film’s antagonist.

Borg is the latest YouTube star to make the jump to Hollywood. On June 13th, Jimmy Tatro will make his film debut when 22 Jump Street arrives in theaters. Later this year, Harley Morenstein will feature in Kevin Smith’s Tusk, and Ray William Johnson recently landed a leading role in an upcoming indie film. Of course, none of those people can claim to be the Dirk Nowitzki of rap, the Boris Becker of beat, the Magellan of maps, and the bratwurst of meat:

The first Pitch Perfect film made a big impact on YouTube. In particular, Anna Kendrick’s performance of the song “Cups” has become one of the most popular music videos on the site, scoring more than 134 million views and inspiring many covers. If Borg’s role gives him enough screen time, he’ll be able to populate Pitch Perfect 2 with some musical gems of its own.