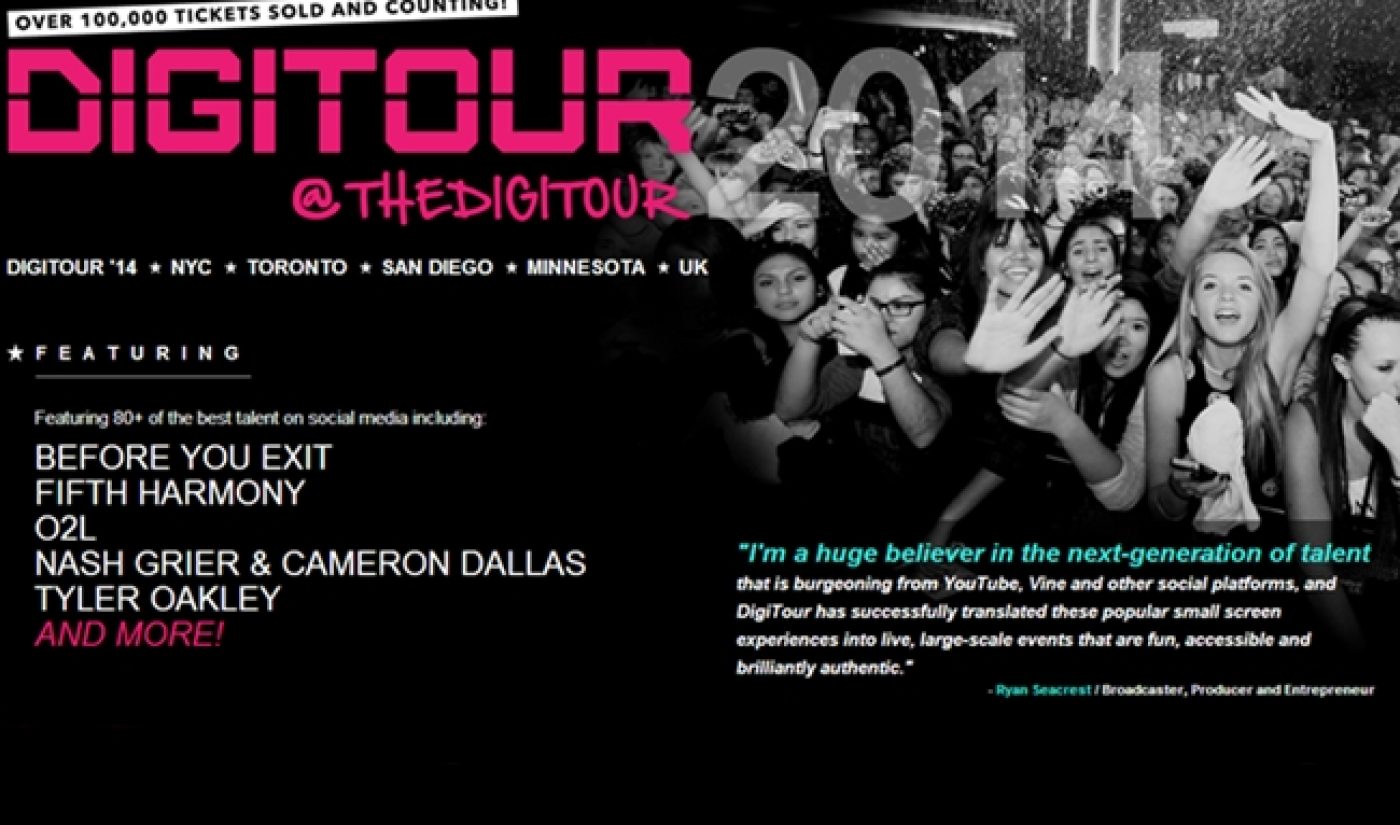 Since 2010, DigiTour has helped online creators engage with their fans through live concerts and events that feature social media stars. To help improve its operation, DigiTour has landed funding from a pair of investors: Ryan Seacrest and Advance Publications, the parent company of Conde Nast.

DigiTour produces worldwide concerts and events that primarily appeal to Generation Z and Millennials by presenting online stars “in real life” (IRL). The 2014 edition will kick off in earnest on May 28th and will hit 18 cities in fewer than two months. The tour will feature O2L, the YouTube supergroup whose members include Connor Franta and JC Caylen. The lineup will also include teenage Vine icons Nash Grier and Cameron Dallas and YouTuber Tyler Oakley. Most of the events have already sold out, and DigiTour is expecting more than 100,000 fans across all the tour stops.

With those kind of numbers, it’s no wonder Seacrest and Advance Publications are interested in investing, especially since both have active presences in the online video world. Seacrest’s production company previously inked a development deal with Fullscreen, while Conde Nast recently pledged to build more channels for its proprietary magazines over the next year. “I’m a huge believer in the next-generation of talent that is burgeoning from YouTube, Vine and other social platforms, and DigiTour has successfully translated these popular small screen experiences into live, large-scale events that are fun, accessible and brilliantly authentic,” said Seacrest in a press release.

For more information on DigiTour, or to purchase what few tickets are left for its upcoming events, head on over to the company’s official website.