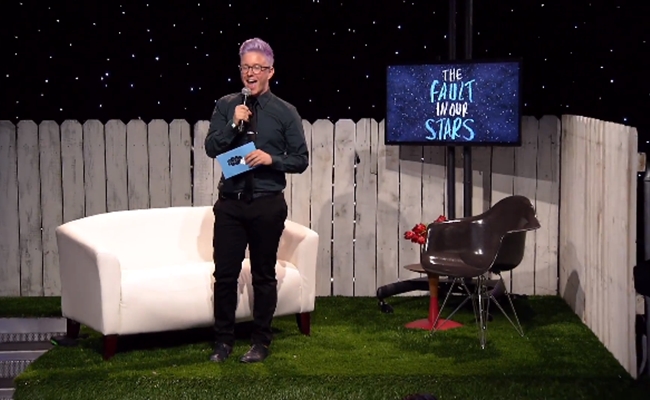 A film adaptation of John Green‘s best-selling novel The Fault In Our Stars is about to reach theaters, and the YouTube community is very excited about it. Viewers have showered the film’s trailer with a record-setting number of likes, and they were rewarded with a 73-minute treat: A live streaming concert featuring musicians from the film’s soundtrack and hosted at YouTube Space LA.

The event took place in the evening of May 14th and included three of the artist of The Fault In Our Stars‘ soundtrack: Ed Sheeran, Grouplove, and Charli XCX. Tyler Oakley, who has made videos about Green’s book in the past, hosted the event. The whole thing can be viewed on the YouTube channel of Atlantic Records Group, the label that is partnered with all three of the event’s performers. The video begins at the 29:45 mark.

Sheeran also recently released a music video for “All of the Stars“, his contribution to the Fault In Our Stars soundtrack. The 23 year-old Brit was nominated for the Best New Artist Award at the most recent Grammy Awards.

The YouTube community is particularly interested in The Fault In Our Stars because of Green’s status as one half of the Vlogbrothers. He and his brother Hank co-founded Vidcon, run the yearly Project 4 Awesome charity  drive, and are among the most active members of the YouTube community. As a result, Green’s “Nerdfighter” fans are hotly anticipating the Fault in our Stars film, though some have already nitpicked it. The film arrives in theaters on June 6th.