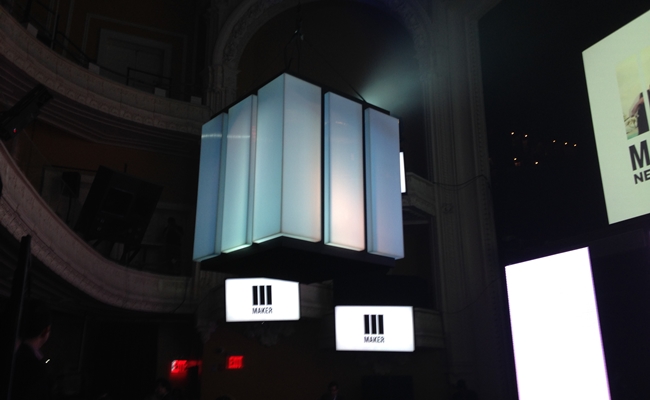 Online video network Maker Studios is best known for managing its partner channel, but Maker has recently extended its services by producing a growing crop of original web series. At its first ever Digital Content Newfronts presentation, Maker teased eight new web productions, most of which will include the network’s talent.

Several of Maker’s upcoming originals come directly from the minds of its talented creators. For instance, Chester See will star in a scripted series called Over The Top, which is loosely based on his attempt to make it as an independent musician in Los Angeles. Maker co-founder ShayCarl is producing a web series with Maker, too; it’s called ShayLife and “is all about finding the next Epic Rap Battles of History.”

Also in attendance was Morgan Spurlock, who is launching a channel with Maker called Smartish. The Super Size Me director will populate his channel with clever shows that go inside the science, industry, and history behind everyday objects and activities. It’s his second time working with Maker Studios Chief Content Officer Erin McPherson; he brought Mansome to Yahoo Screen while McPherson was in charge of overseeing that site’s original video content.

Here is a complete list of the programs discussed at Maker’s Newfront: