Crackle Renews Seinfeld’s ‘Comedians In Cars Getting Coffee’ Into 2016 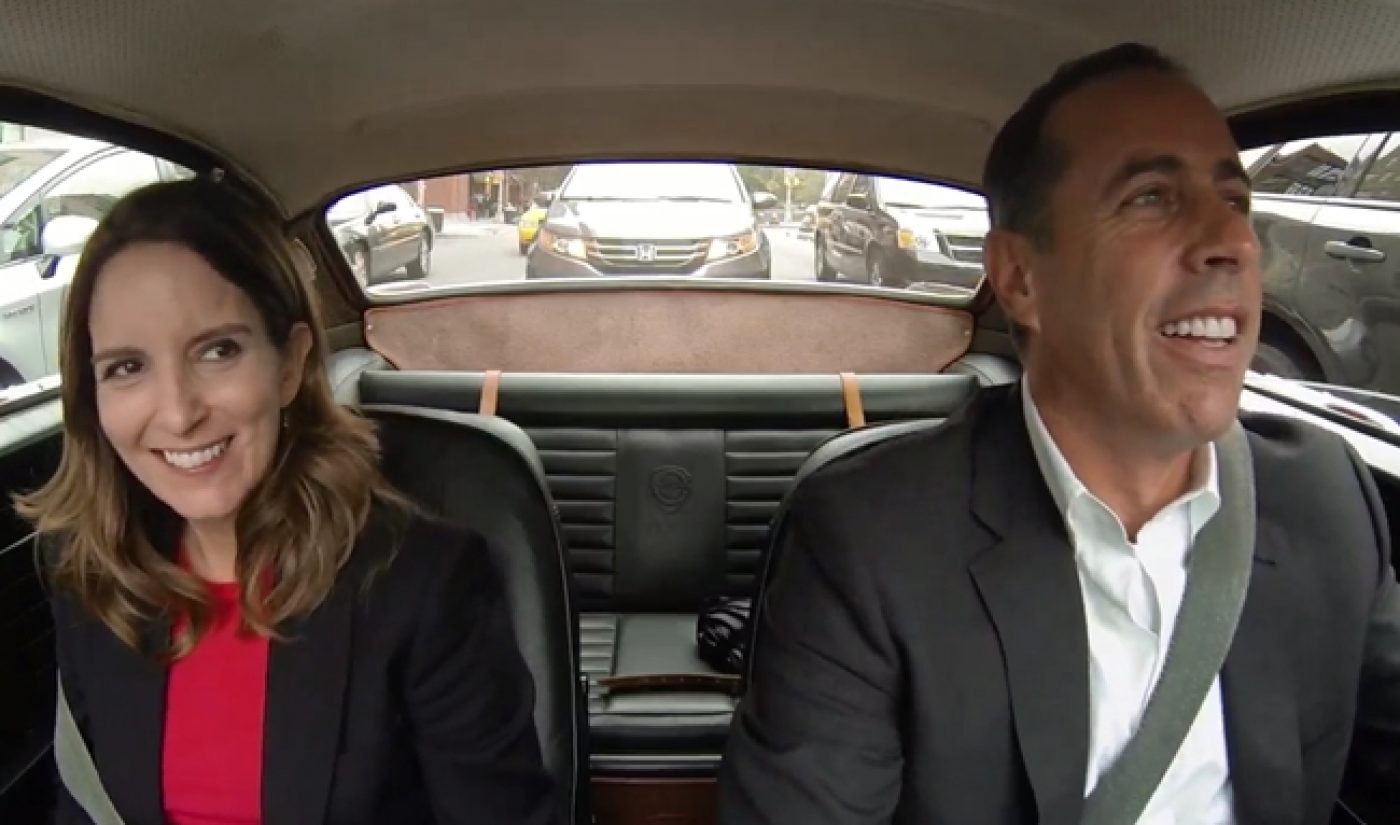 The web series about nothing that stars the guy from the TV show about nothing is going to be around for at least a couple more years. At its Digital Content Newfronts presentation, Crackle announced four more seasons of Jerry Seinfeld‘s Comedians In Cars Getting Coffee, bringing the show’s total run up to nine seasons.

Comedians In Cars Getting Coffee follows Seinfeld as he picks up his celebrity friends in classic cars and takes them out for a cup of joe and some conversation. The recently launched third season has been a commercial hit, bringing the series’ total viewcount above 25 million. This success convinced Crackle to renew the series for a fourth and fifth season, which will both arrive in 2014.

In its latest announcement, Crackle has tacked four more seasons onto Comedians In Cars Getting Coffee, which will combine to add at least 24 more episodes. As it has from the start, Acura will serve as the series’ main sponsor.

Beyond its crown jewel, Crackle also pitched a number of new and returning series to the assembled advertisers. Particularly notable among its new originals are Tightrope, a parody of 1940s hard-boiled detective serials that is produced by Bryan Cranston, and Sports Jeopardy, an athletic version of the popular quiz show that will be hosted by Dan Patrick.

“As both studio and network, Crackle controls content AND distribution,” said Crackle GM Eric Berger. “As a result we are able to provide quality long form programming and unique solutions to advertisers, with certainty around the content, platforms and timing. With unmatched OTT distribution, we’re offering the next evolution of television, including an audience not reachable through traditional television.”

Here is a full list of the programs Crackle discussed at its Newfronts presentation:

12 episode Series Scheduled to Premiere on Crackle in August

A sophisticated, intense thriller, starring Jesse Bradford (BRING IT ON),Summer Glau (“Terminator: The Sarah Connor Chronicles”), Patrick Warburton (“Rules of Engagement”),  and Bruce Davison (X-MEN) about a jury sequestered in a hotel while deliberating a court case with massive implications. Series is produced by Lifeboat Productions and created by Aaron Tracy.

Jeremy Renner and Don Handfield (THE HURT LOCKER, THE TOWN) executive produces this suspenseful thriller about a notorious hacker captured by the CIA who is given a proposition to work for them or spend the rest of his life in prison.

Emmy®-Award winner Bryan Cranston returns to his comedic roots to executive produce this series that will replace a character from a classic detective series with a modern-day actor. The show juxtaposes the modern character, with irreverent comic sensibilities and also with older characters from another era to reshape the stories into contemporary comedy.

“COMEDIANS IN CARS GETTING COFFEE,” SEASON 4

“COMEDIANS IN CARS GETTING COFFEE,” SEASON 5

Comedy Series, 7 episodes, Scheduled to Premiere in the Fall

Special comedian guests to be announced soon.  Sponsored by Acura.

The special street performance-style reality series is produced by Team Downey, an entertainment company founded by Robert Downey Jr. and Susan Downey, alongside veteran music producer/composer Tony Berg and Kevin Lake. The “Playing It Forward” music movement will showcase surprise street performances by some of the world’s biggest artists in unplanned, unexpected environments across the country benefiting music education and charities of the artists’ choice.