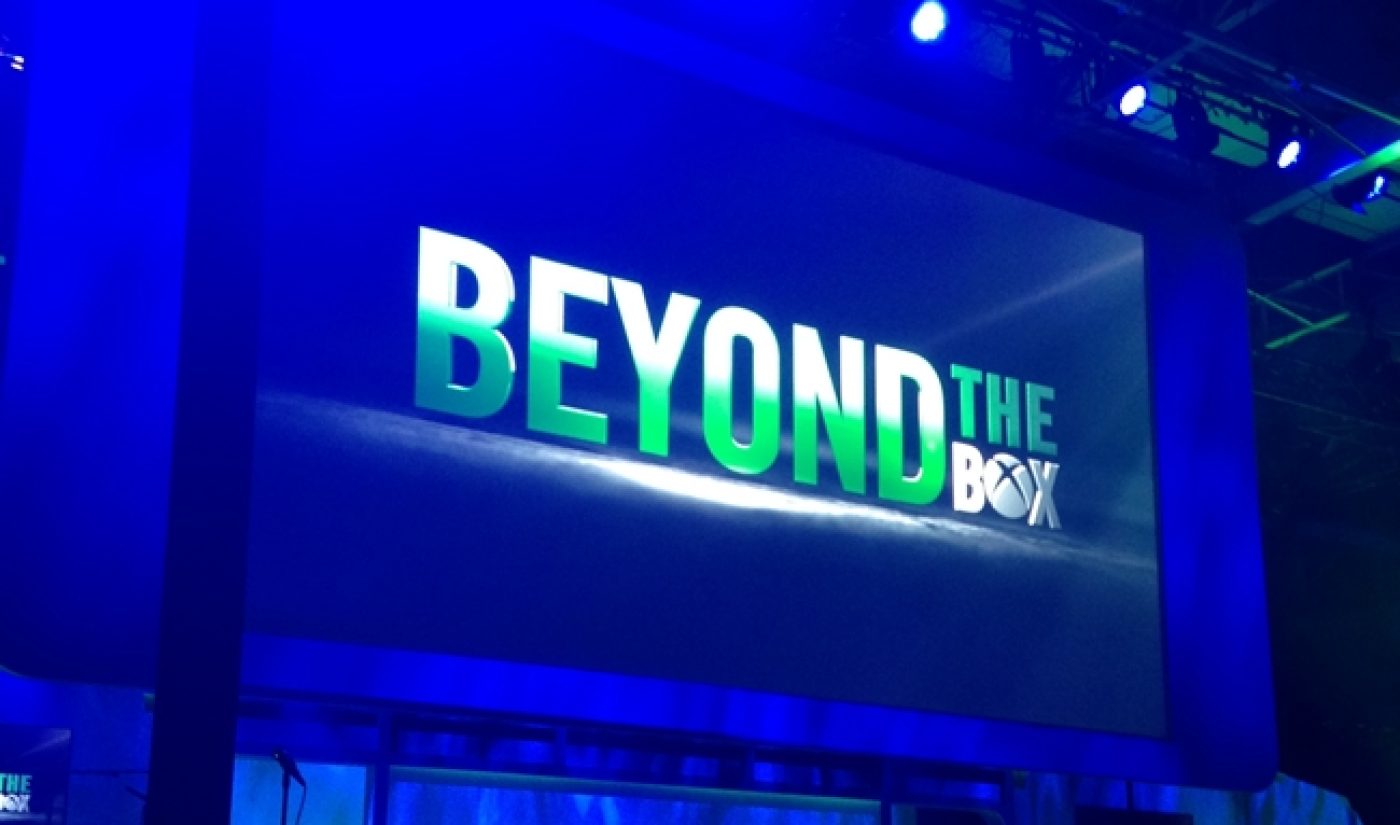 Over the past few months, Xbox Entertainment Studios has revealed its first wave of original programming in dribs and drabs. At Digital Content Newfronts, Microsoft President of Entertainment Nancy Tellem and EVP of Programming Jordan Levin presented a handful Xbox originals, shedding light on a varied lineup of high-quality programs.

Xbox Studios’ upcoming series are marked by their diversity. The company showed off trailers for a comedy, a sci-fi drama, an experimental romance, a reality competition, and a documentary series. These programs are brought to Xbox by an equally diverse group of producers, including Seth Green‘s Stoopid Buddy Stoodios, the interactive wizards at Interlude, Academy Award winners Simon and Jonathan Chinn, and the UK’s Channel 4.

Tellem and Levin’s presentation also hinted at a number of upcoming additions to the Xbox lineup. JASH will dip its feet outside of YouTube with a half-hour variety program, while Steven Spielberg is still on track to executive produce a television series based on massively popular video game series Halo.

Here is a full list of the programs included in Xbox’s Newfronts spiel:

Halo television series – Steven Spielberg will team up with 343 Industries for this TV series based on the Halo video game franchise.

Bonnaroo – Xbox will have live streaming coverage and behind-the-scenes footage of the Bonnaroo music festival, which will kick off on June 13th.

Signal to Noise – Jonathan and Simon Chinn’s six-episode series of tech documentaries now has a name. The first episode will deal with “The Great Video Game Burial of 2013,” which recently made headlines when thousands of Atari cartridges were dug up in the New Mexico desert.

Humans – This adaptation of a Swedish sci-fi series about robots who gain sentience will come to America through the UK’s Channel 4. The new version will begin casting next month.

Deadlands – Xbox has offered a script commitment to this series based off of a pen-and-paper role-playing game.

Extraordinary Believers – Seth Green’s Stoopid Buddy Stoodios is behind this series, a mixed media comedy about three video game characters who end up in our universe and are trying to get home

Gun Machine – This detective series is based on a best selling book by Warren Ellis.

Winterworld – This series is also an adaptation. It takes its inspiration from a graphic novel set on an Earth that has been covered in ice and snow.